Ritual Technologies Inc., an online ordering service that speeds up the coffee and lunch-run experience for big-city workers, has raised US$70-million in a financing led by Canadian venture capital firm Georgian Partners, as the Toronto startup looks to expand beyond North America.

The latest funding, which values Ritual at more than US$300-million, comes less than one year after it raised US$43.5-million and was spurred on by unsolicited investor interest.

“Typically, companies go out searching for money. Rarely does money come searching for the company,” said Simon Rothman, a partner with U.S. venture capital fund Greylock Partners, who has invested in Ritual and is on its board. “This was the case [with Ritual].”

Ritual, founded in 2014 and used by 3,000 restaurants in 10 North American cities – Toronto, its first market, is the sole Canadian city – typically builds its business neighbourhood by neighbourhood, signing up as many walk-in restaurants and cafés in concentrated urban zones as possible, then spreading the word to workers that they can order from a range of nearby eateries with one app. Customers order and pay in advance and skip the line for pickup.

Ritual users pay nothing extra for their food. The company instead takes a cut from restaurant bills.

Ritual is now planning to open its first locations in Europe and Asia next year and to build out its North American presence – including moves into Montreal and Vancouver – with a goal of being in the top 25 cities in each of the three continents within five years. It plans to double its 150-person staff in the next year.

Ritual and Georgian weren’t an obvious fit when Mr. Reddy first met the fund’s partners Steve Leightell and Justin Lafayette about 18 months ago. The Toronto-based growth equity firm considers itself a North American fund that happens to be based in Canada (only 40 per cent of its deals have been here) and it tends to focus on business-to-business software opportunities in three areas: applied artificial intelligence, security-focused opportunities and “conversational business.” Ritual is a business-to-consumer play that hasn’t done much yet with AI to drive business insights and decisions from its data – “that’s been a second-order problem” to expanding the business, Mr. Reddy said.

The Georgian team likewise wasn’t interested at first, despite being impressed by Mr. Reddy. “There was too much consumer on it for where we normally play,” Mr. Leightell said.

That changed as the business evolved and after Ritual hired Zynga’s head of analytics engineering, Jeff Zakrzewski, last fall. Ritual became more of a data play and the Georgian team felt they could help it use machine learning to monitor customer trends. They could generate personalized menus “to maximize conversion to order” rates, while developing indicators to show Ritual which neighborhoods it should target next, Mr. Leightell said.

After letting Mr. LaFayette and Mr. Leightell know last fall that U.S. and European VC firms were courting Ritual, Mr. Reddy said they were “aggressive, fast and got a deal done in record time” – similar to how U.S. funds act, but different than slower-moving Canadian funds.

Mobile restaurant orders have become a hot space as delivery apps such as Foodora and UberEats have expanded and Starbucks and McDonald’s have launched their own apps. Ritual is trying to tap into social networks as well, by incentivizing workers to deliver to colleagues to increase convenience and order sizes per user, said Mistral managing director Code Cubitt. Customers who bring orders to their colleagues earn incentive points that can be traded for money or food in exchange for the free delivery service.

It’s also been a huge hit: The number of “teams” using the joint order-delivery function has increased to about 45,000 from 1,000 a year ago. Ritual now processes close to US$100-million in orders on an annualized basis, which translates into tens of millions of dollars in revenue to the company from transaction fees it collects from the merchants.

“I think it has a potential to be a brand name – even a verb [as in] ‘I’m going to ‘Ritual’ this,” Georgian’s Mr. Leightell said. 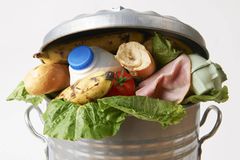 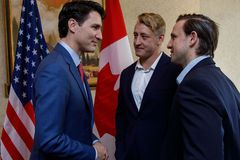