Struggling sports and outdoor retailer MEC is facing objections to its proposed deal to sell the business to an American investment firm, as some of its co-op members say they should have been consulted.

If the sale to Kingswood Capital Management LP goes through, it will end MEC’s 49 years as a co-operative. Ownership will be transferred to Kingswood through a newly created private company based in British Columbia. But just what the MEC brand stands for is a challenge for the retailer as it tries to hold onto customer loyalty under new management.

Since the deal was announced on Monday, a petition on Change.org calling for the board to cancel the deal and hold a new election for directors has gathered more than 10,000 signatures. And on Tuesday, two groups representing co-operatives – Co-operatives and Mutuals Canada and the British Columbia Co-op Association – released a statement calling on the federal government and B.C.'s provincial government “to confirm that provincial and federal legislation has been fully respected allowing the sale of this iconic Canadian co-op retailer to a foreign entity, and that the best interests of MEC members, employees, and the communities they serve are being given full consideration.”

“The transaction is entirely consistent with all relevant and applicable legislation,” MEC board chair Judi Richardson said in a statement.

MEC obtained creditor protection under the Companies' Creditors Arrangement Act (CCAA) on Monday, which allows for the sale of assets with court approval, and not requiring shareholder or member approval, the company said in a statement.

“This was not something the members would ever have voted for,” said David Stibbe, a long-time MEC member and former employee. “I won’t spend another penny there ever again. I went to the co-op because it was Canadian, because it was member-owned and member-directed, and gave back to the communities with environmental and other initiatives.

Under MEC’s co-op structure, customers paid a $5 one-time fee for membership. This gave them one share in the co-operative, and the right to vote for the board. In years when the business earned a surplus, members were entitled to a share of those earnings, known as “patronage returns.” These took the form of additional shares, each worth $5, allocated to individual members based on how much they spent at the stores that year.

When there were enough funds, the MEC board would buy back shares, usually by sending members gift cards for the value of the shares redeemed. MEC did not pay out patronage returns in its past two fiscal years, and did not intend to do so in 2020.

Members could apply to the co-operative to withdraw their membership and redeem the value of their remaining shares – subject to certain limitations, including whether MEC had sufficient resources at the time to do so. Now that the organization is in creditor protection, however, members' share interests in MEC cannot be paid out until after creditors have been paid.

Eric Claus, a Canadian retail veteran whom the new owners have tapped to be MEC’s chief executive, said the new owners are aware of the emotional connection with the MEC brand, which is different for co-op members than it might be for customers of a typical retail chain.

“High up on our priority list is to make sure that whatever we do, we keep supporting people that were members, and give them real value for their loyalty,” he said in an interview.

The new owners plan to keep the MEC name, but those three letters will no longer be short for Mountain Equipment Co-op, since it is no longer a co-operative. They will look at new options for what the letters will stand for.

“It’s a really trusted brand in Canada, and we are now the stewards of the brand,” Mr. Claus said.

Kingswood was chosen because it agreed to keep more stores open than other potential buyers – at least 17 of MEC’s 22 locations. The chain has slashed approximately 900 jobs so far this year, and now employs roughly 1,500 people.

To improve the financial health of the business, the new owners will continue some elements of a turnaround plan already in the works, Mr. Claus said, including reviewing the merchandising mix to focus on strong categories such as climbing and camping gear, and eliminate others that are not central to the business.

“There are things to be fixed. Most of them are structural,” Mr. Claus said. That includes carrying too many varieties of the same product – an “over-assortment” that makes it difficult to turn stock and manage inventory. It also includes improving distribution and speeding up shipping times for e-commerce orders.

MEC was already losing money before the novel coronavirus pandemic shuttered stores and cratered retail sales earlier this year. While the chain was in the midst of an attempted turnaround, it was also facing down a deadline: Its credit agreement with a syndicate of lenders led by RBC was set to expire on Aug. 3.

As of Monday, MEC had approximately $74-million in debt under that credit agreement, according to a report filed with the Supreme Court of British Columbia. The agreement was amended to extend the maturity date to Sept. 30, but while the retailer reached out to dozens of potential lenders, it was unable to refinance the debt and would not be able to repay it at the end of September.

MEC’s lenders have agreed to provide interim financing until the sale to Kingswood is completed, expiring Nov. 30. MEC may require up to $89-million in interim financing in that period, MEC stated in its prefiling report dated Sept. 13. The retailer expects to be carrying a total of $92.4-million in total debt by the end of November, it stated.

“This is not the right process,” said Steven Jones, a MEC member who ran for election to its board this year, before the vote-counting was halted due to a delay in MEC’s annual general meeting. “They could have and should have engaged the members to ask whether they wanted to recapitalize the co-op or see it sold off.”

Despite recent challenges, Mr. Claus said he believes the foundation of the business is strong.

“If you’re just looking at this as a financial business – which it is – but if you’re just looking at it from a financial point of view ... without taking into account the culture, the mission and the mindset of members and customers, then I think you could very, very quickly destroy the business,” he said. “And that’s definitely not our intention.” 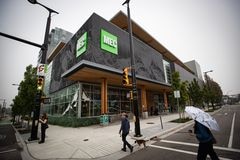 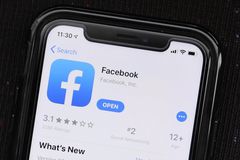 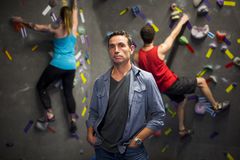