Democratic presidential contender Michael Bloomberg has handed his role as United Nations climate envoy to Mark Carney, thrusting the Canadian governor of the Bank of England to the forefront of the global effort to prepare companies and lenders for potentially catastrophic climate change.

The informal handover was made on Tuesday at the Madrid climate conference, known as COP25, and gave both men a platform on the international stage as they make new career plans. “I’m here because President [Donald] Trump is not,” said Mr. Bloomberg, who is seeking the U.S. Democratic presidential nomination.

In front of a packed audience and a panel that included Hollywood star Harrison Ford, Mr. Bloomberg, 77, the billionaire former mayor of New York, used his appearance to criticize Mr. Trump’s climate policy. “Americans are willing to continue to work even with a climate change denier in the White House,” he said. “The White House matters, but sometimes not too much.”

Mr. Trump has been gutting environmental regulations and is pulling the United States, the world’s second-biggest source of greenhouse gas emissions, out of the Paris Agreement of 2015, in which almost 200 countries pledged to take carbon-reduction measures in an effort to keep global average temperatures from exceeding 1.5 C over preindustrial levels.

He said that the next U.S. president should end all subsidies for fossil-fuel companies, including tax breaks, and use the savings to fund the transition to a green economy.

Mr. Trump has sent no official delegation to Madrid, but representatives of cities, and states such as California, that want to reduce emissions and get involved in global emissions trading, made a defiant presence at COP25.

UN Secretary-General Antonio Guterres appointed Mr. Carney, 54, who was governor of the Bank of Canada before taking up the same role at the Bank of England in 2013, as special envoy for climate change and finance early this month. Mr. Carney is to take up his post after he leaves the bank at the end of January and moves back to Ottawa. But the next British government – Britons go to the polls on Thursday – could ask him to extend his term. “What we’ve said is that we’ll ensure that there’s a smooth transition,” Mr. Carney said in an interview on Tuesday on the sidelines of the Madrid event.

Mr. Carney said the UN job is unpaid and part-time, although he intends to take his global campaign to build what he calls a “sustainable financial system” to the next level. “I will be focused on lining up the financial effort in the next year,” he said, referring to coaxing companies and banks to improve their financial reporting on climate risk as radical changes related to climate become a clear and present danger to their business models.

In 2015, leaders at the Group of 20 summit pledged to encourage the public and private sectors to review how climate risk can affect their financial health. The result was the Task Force on Climate-Related Financial Disclosures (TCFD), which Mr. Bloomberg chaired. Mr. Carney has effectively turned his TCFD appearances around the world into a second career.

Mr. Carney said that the disclosures that have followed TCFD guidelines such as stress tests of banks under theoretical catastrophic climate events, sometimes called a “Pearl Harbor” climate disaster, have “succeeded beyond our expectations.”

Today, about 80 per cent of the biggest 1,100 global companies disclose climate-related risks in line with TCFD reporting guidelines, and three-quarters of major investors, such as pension funds, are using TCFD data to help make investment decisions, he said. Mr. Carney said he hopes that at the next climate summit, in 2020 in Glasgow, TCFD disclosure will be made mandatory. “Firms that align their business models with the transition to net zero [emissions] will be rewarded handsomely," Mr. Carney said during Tuesday’s appearance with Mr. Bloomberg. “Those that fail to adapt will cease to exist."

Separately, Environment and Climate Change Minister Jonathan Wilkinson used COP25 to announce that Canada will contribute $5-million to support the World Bank’s program to help countries design and implement carbon-pricing tools. The program, called the Partnership for Market Implementation, started in 2011, and is intended to have US$100-million of funding in place next year.

The contribution is part of Canada’s pledge of $2.65-billion in climate-related spending over five years, to 2021, to help developing countries reduce greenhouse gas emissions, phase out coal-fired electricity generation and build renewable energy systems in small island states, among other efforts. 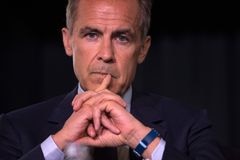 Opinion
Is Mark Carney out to kill Canada’s energy sector, or save it from itself?
Subscriber content
December 3, 2019 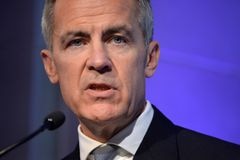 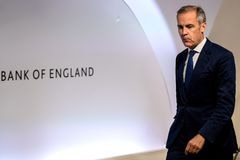