No matter how much Canadian Tire Corp. Ltd. tries to weatherproof its retail business it can still feel the pain of unseasonable temperatures.

Over the past couple of years, Canadian Tire has shifted more emphasis to categories such as home décor and kitchen appliances that are not reliant on seasonal weather. The retailer has traditionally counted heavily on shoppers buying, for instance, snow shovels in winter and air conditioners in summer.

But, as was evident in the fourth quarter, Canadian Tire can’t shield itself completely from unexpected weather. In the quarter ended Dec. 29, the retailer saw barely any sales gains at its flagship chain’s existing stores partly because the last three weeks of December – a crucial holiday shopping period – saw unseasonably mild temperatures, drying up sales of winter-related items such as snow blowers, its executives said.

Last year, Canadian Tire also felt the chill of an unseasonably cool April. That hurt sales of patio furniture and other springtime products, although the retailer was able to make up for the dip in the following two months of that quarter.

“If I had a week or so [in late December] of the kind of weather we’ve had in the last two weeks, I think I might be having, kind of, a different conversation with you.”

Toronto-based Canadian Tire has also focused on some other strategies to guard against outside forces such as rising competition from e-commerce heavyweights, among them Amazon.com Inc.

The retailer has been bolstering its offerings of brands that are available only at Canadian Tire, including MotoMaster tires, Noma lights and Helly Hansen sportswear, which the company acquired last year for almost $1-billion.

As well, Canadian Tire has been selling more higher-priced merchandise, especially of its own-brand items, and introducing what it says are higher quality goods. “Average price-per-unit, for sure, has been a driver of our performance,” said Greg Hicks, president of Canadian Tire retail.

The pricing and own-brand efforts helped offset revenue declines of seasonal items in the quarter, although sales gains at existing stores were modest. Those overall same-store sales – an important retail metric – rose just 0.8 per cent and only 0.2 per cent at its namesake chain. They grew 2.5 per cent at its Sport Chek sporting goods chain and 1.8 per cent at its Mark’s apparel division.

Canadian Tire’s fourth-quarter profit fell to $254.3-million or $3.99 a diluted share from $275.7-million or $4.10 a diluted share a year earlier. The drop was a result of a one-time charge related to its financial services deal with Scotiabank. Revenue climbed to $4.1 billion from $3.9-billion.

Canadian Tire said its normalized profit, which excludes the $50-million financial services charge, amounted to $4.78 a diluted share, up from $4.10 a diluted share a year ago. Analysts on average had expected a profit of $4.69 a share, according to Thomson Reuters Eikon.

Mr. McCann said along with unseasonable weather, Canadian Tire’s bottom line was pinched by investments in digital, data analytics and other long-term initiatives.

“We could have decided not to do some of those things, right, and we would have seen a better number,” Mr. McCann said. “But that’s the wrong thing to do.”

He said the retailer faced especially strong fourth-quarter comparative sales gains in the two previous years. And he noted other competitors also felt the squeeze of sluggish weather-related sales.

Canadian Tires class A stock slipped almost 5 per cent on Thursday to $140.02 on the Toronto Stock Exchange. It has fallen 14.5 per cent in the past year.

Stephen Wetmore, chief executive of Canadian Tire, said its stock price doesn’t reflect the long-term value of the business amid “macro-economic concerns,” some higher tariffs and weakening consumer confidence. “We are very aware of the environment and its challenges,” he said. 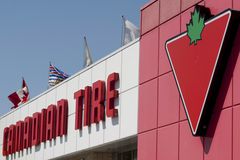 Trouble ahead for the loonie, Canadian Tire stock goes on sale, and an investment opportunity with explosive growth 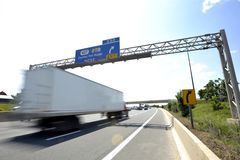