A Montreal-founded startup offering an alternative to Airbnb and traditional hotels has raised US$210-million in financing and now plans to open a second headquarters in Canada, three years after it moved to San Francisco.

With the funding, fast-growing Sonder Canada Inc. – which in 2019 has surpassed US$200-million in revenue year-to-date – reached a valuation of more than US$1-billion, achieving a milestone for tech startups called “unicorn” status. In its latest round of financing, the company – which rents out hotel-style apartments – attracted new investors including Fidelity Investments Inc., Valor Equity Partners, Atreides Capital, A-Rod Corp. and Tao Capital Partners, reaching well above initial goal of US$125-million. In the next few weeks, some developers partnering with Sonder will add an additional US$15-million in investment, the company said.

Sonder’s entrance into the unicorn club – a rare badge for a firm founded in Canada – comes seven years after its 26-year-old chief executive Francis Davidson started the business while studying economics and philosophy at McGill University. To make extra money, he rented out apartments on behalf of other students who had left for the summer. Three years into his venture, Mr. Davidson reached $1-million in revenue, dropped out of school and raised $5-million in seed money. He transitioned away from student accommodation and started working with real estate companies. He moved the company to San Francisco in 2016 to tap into the area’s extensive talent pool and funding opportunities.

Now with his sights set on an expansion in Canada, Mr. Davidson expects Sonder to reach US$400-million in revenue by the end of the year – four times its revenue in 2018.

Beyond returning to his roots, Mr. Davidson said a Canadian headquarters would allow Sonder to take advantage of the country’s growing technology market. With more than 140 of its 900 employees located in Canada, Sonder is still evaluating locations, Mr. Davidson said in a phone interview. Vancouver, Toronto and Montreal are all on the list as possibles to host its expanding team of engineers and senior executives.

In its Canadian expansion, Sonder plans to open 75 units in downtown Toronto within the next few months in three buildings that the company calls apartment-style hotels. In Vancouver, it has leased 102 units and plans to launch them in early 2020.

“Canada has such a trajectory and momentum and it’s the obvious choice in my view,” Mr. Davidson said. “You know the stories about the Bay area and how absurd the housing market has become. San Francisco is one of the most expensive cities in the world and that’s reflected in the salaries as well and the competitive war for talent. It would be unsustainable for us to continue to grow here."

Sonder leases apartments in neighbourhoods where hotels are not able to operate and stocks the rooms with comforts that – for an Airbnb host, for example – often vary, such as a standard mattress and a fully stocked kitchen. While the task of refurbishing an apartment with upscale furniture and art is capital-intensive, Sonder finds cost efficiencies by forgoing amenities such as room service and gyms, and integrates technology such as keyless entry, a digital concierge and food delivery apps.

That’s a long way from the company’s early stages when Matt Roberts, who led the investment in the accommodation startup for the Business Development Bank of Canada in 2015, was advised by other venture capitalists not to invest. Mr. Roberts continued to invest in Sonder after becoming a partner with Toronto-based VC firm ScaleUP Ventures. He estimates that his investment has grown 40 to 50 times.

Despite that early hesitation by investors, Mr. Roberts notes that Canadian firms have been involved in every round of fundraising at Sonder. That’s a marked departure from the initial fundraising efforts of homegrown tech darlings Shopify Inc. and Lightspeed POS Inc.; neither one had any Canadian investors involved in their series A funding rounds.

Now that the company hit the billion-dollar mark, new investors are opting in, especially those that specialize in the hotel and accommodation space.

The company has one of the highest growth rates of any Canadian technology company, according to Chris Arsenault, managing partner of iNovia Capital, which led two rounds of financing for Luxury Retreats, a Montreal-based high-end vacation rental startup that was eventually purchased by Airbnb in 2017.

At the time that iNovia was fundraising for Luxury, it had heard of Sonder but opted not to invest, Mr. Arsenault said. Since its nascent stages, Sonder has been using data to inform how and where it launches new units, considering potential relationships with real estate companies and local regulations. Coupled with Sonder’s focus on technology aimed at enhancing the customer’s experience, Mr. Arsenault said its business model “cracked the nut." 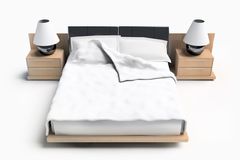