More landlords in Canada are suing Hudson’s Bay Co. for not paying rent since the coronavirus pandemic started, increasing pressure on the retailer as it tries to turn its business around.

HBC, which owns the Hudson’s Bay, Saks Fifth Avenue and Saks Off Fifth department store chains, is facing legal actions for unpaid rent in at least 20 locations in Ontario, British Columbia and Quebec, as well as in Florida, according to court documents.

Morguard REIT is seeking a total of $2.79-million in unpaid rent for five locations in shopping centres in Ottawa, Toronto, Brampton, Ont., and Abbotsford, B.C., according to October filings in the Ontario Superior Court of Justice and B.C. Supreme Court.

SmartCentres REIT is seeking a total of $1.4-million in unpaid rent for several of the retailer’s now-defunct Home Outfitters, including in St. Catharines, Ont., and Oshawa, Ont., according to July filings in the Ontario court. Although HBC closed Home Outfitters in 2019, it continued to pay rent at the empty stores as required under lease terms. But in April, HBC stopped paying rent, citing the pandemic.

“HBC has opportunistically seized on the impact of the global COVID-19 pandemic as an excuse to abandon its rent obligations,” SmartCentres said in one of the filings.

Desjardins Financial and First Capital REIT have also taken HBC to court over unpaid rent at its former Home Outfitters locations in Burlington, Ont., and Calgary, respectively. (Filings were made in October and May, respectively.)

In an August filing in the B.C. Supreme Court, the owner of the Dover Pointe mall in Nanaimo, B.C., sought damages including $542,635 from HBC for rent and fees owed from April until the end of the lease in October. In October, the court ordered that Dover Pointe Centre Ltd. had leave to serve a garnishing order to HBC’s banks for that amount, plus a small fee.

This is in addition to lawsuits that were previously reported, from five other property owners seeking unpaid rent in locations in West Vancouver, Miami-Dade County, Fla., as well as in Dorval, Gatineau and other locations in Quebec.

The legal proceedings are occurring as provinces clamp down on activity to try to get COVID-19 cases under control. New restrictions are coming into effect in the weeks leading up to Christmas, the most critical shopping period for retailers.

HBC, which went private just weeks before the pandemic struck in March, has filed a lawsuit against one of its bigger landlords, Oxford Properties, accusing it of not running first-class mall operations at places such as Toronto’s Yorkdale Shopping Centre, the country’s most profitable mall. HBC has made similar allegations against its other landlords, according to court documents.

“HBC believes the burden posed by the pandemic should be shared fairly by both landlords and retailers,” Ian Putnam, HBC Properties and Investments' president and chief executive officer, said in a statement. Where the company is not able to come to an agreement with landlords, he added, HBC is “happy to have the courts determine what is fair and reasonable.”

It is unusual for tenants to sue their landlords, real estate and bankruptcy lawyers said. Other landlords have evicted smaller tenants more swiftly for not paying rent, but may be more inclined to be lenient with HBC given its position as the major retailer in a shopping centre.

“The forbearance and patience that you are seeing from the landlords for the Bay is very unique because of the status and size of the Bay as a tenant. A smaller tenant with a smaller store would not get that same level of patience," said David Bish, head of Torys LLP’s corporate restructuring and advisory practice.

Landlords may also be reluctant to evict given that they would end up with huge amounts of space to fill, which is what happened when Sears Canada and Target shuttered operations in Canada in 2017 and 2015, respectively.

Since the pandemic began, many tenants and their landlords have been in negotiations over how to share the pain from store closings and activity restrictions. Landlords are facing pressure to renegotiate leases and the biggest mall owners have provided deferrals and abatements for their hardest-hit tenants. 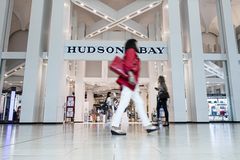 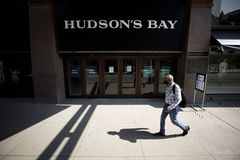