Fewer Canadians are taking out mortgages and refinancing their debt, as home sales decline, interest rates on loans rise and lenders start tightening standards amid the economic fallout from the pandemic.

The drop occurred after demand soared in early March, when the Bank of Canada made its first 50-basis-point interest rate cut. At the time, both buyers and homeowners raced to take advantage of lower mortgage rates through new purchases, early renewals and refinancings.

But when the central bank cut its benchmark rate two more times to 0.25 per cent, lenders responded by raising their fixed mortgage rates. The move was a bid to protect against risks associated with widespread business closings and job losses.

Home sales in Toronto, Vancouver, Montreal and Calgary dropped in the past two weeks of March and are expected to slow further as unemployment soars amid government restrictions aimed at curbing COVID-19.

“The market swung so fast the other way,” said Calum Ross, principal broker with the Mortgage Management Group. “There was a surge in demand when rates dipped. Now, the combination of people realizing that the refinancings are not as profitable and the falloff in purchase market, there is a meaningful fall in mortgage applications.”

At the same time, lenders are tightening their underwriting standards, according to mortgage brokers. Earlier in March, some lenders said they would proceed with mortgages even for those temporarily laid off, but now they are less forgiving.

“Now it is more, if you are temporarily laid off, we won’t be proceeding with credit,” said Trevor Yerema, president of Advanced Mortgage, which operates in Western Canada.

“We have seen one instance where a client was approved on the Friday. Everything was good to go, but then [the lender] did a secondary follow-up call on Monday to find out that they were laid off Monday morning and they pulled the approval," he said.

Lenders are also becoming more rigorous in their reviews of self-employed borrowers.

The most common type of mortgage – a five-year fixed agreement – is now more expensive than it was at the beginning of the year, according to brokers. That rate is hovering around 2.89 per cent compared with 2.29 per cent just a few weeks ago. Only homeowners who held a variable mortgage rate before the first interest rate cut have been able to reap the full benefit of the Bank of Canada’s March rate cut.

“Demand for refinancings have dropped 50 per cent of what it was two weeks ago,” Mr. Yerema said.

In addition, the mortgage industry’s main processing system, Filogix, was down for four critical days in March due to a cyberattack at its parent company. The online software acts as a conduit between independent mortgage sellers and lenders.

Although applications remained in Filogix’s queue, the backlog contributed to a delay in approval time. Deals can take up to 10 days compared with two days, according to brokers.

Unlike the United States, which tracks and publishes mortgage application rates on a timely basis, Canada does not.

Lenders meanwhile have been slammed with requests for mortgage deferrals and loans from small businesses. 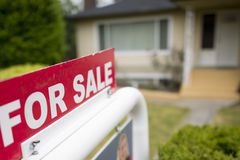