Nine out of 10 large Canadian companies now publish environmental, social and governance data, but the level of disclosure and standards used for reporting are still far from universal – a situation that frustrates major investors.

A new survey by the global accounting consultancy KPMG reveals the country’s corporations are among the world’s most active on reporting about ESG issues as investors, regulators and governments push for more transparency and detail. However, companies are still navigating their way to deciding which of a number of international reporting frameworks to use.

On climate-change risks and performance, for example, 36 per cent of Canadian companies follow guidelines set out by the Financial Stability Board’s Task Force on Climate-related Financial Disclosures (TCFD), seen as the gold standard for reporting on the environmental part of ESG. That is double the global average, but it shows that adoption isn’t widespread.

That does not reflect pushback, but rather in many cases a time lag from dealing with increasing complexity of the data as the practices mature, said Bill Murphy, KPMG’s head of sustainability and impact services in Canada.

“The challenge is when you get into scenario analysis and forward-looking climate metrics you’re now in new territory,” Mr. Murphy said. “With both the scenario analysis and the metrics, you don’t have a historical data set to develop that information, so you’re creating models and assumptions and new ways of analyzing your investments.”

Among other global ESG reporting standards, 63 per cent of companies that disclose sustainability data use the Global Reporting Initiative and 53 per cent connect their business activities to United Nations Sustainable Development goals, according to KPMG. Both are below the global average. Sixty-two per cent publish emissions reduction targets and the same percentage see climate change as a financial risk to their businesses.

ESG reporting has become a hot issue as investors and regulators demand more detailed data on factors that can be material to company performance and risk. A frequent complaint is the lack of universality of reporting standards, an issue that KPMG brings up in its study.

They back guidelines issued by the Sustainability Accounting Standards Board, and their effort is supported by Bank of Canada Governor Tiff Macklem. He said the group’s leadership on this issue is essential as the country works toward “an enduring and more equal economic recovery from the pandemic.”

Mr. Murphy pointed out there are moves internationally to converge the main reporting standards and create a model that is similar to the International Financial Reporting Standards Foundation, which sets global accounting standards.

“At the same time there’s going to be a need for securities regulators, stock exchanges and financial institution regulators to determine what they believe the material disclosures are that the organizations they regulate should be making,” he said.

The KPMG survey shows Canadian companies are making progress on reporting and disclosure and, in many cases, leading their counterparts around the world, said Roopa Davé, partner, sustainability and impact services, at the consultancy. “But of course there is work that still needs to be done. There are areas where you dig a little bit deeper than simply reporting into some of the other metrics,” she said.

Among other findings, 43 per cent of the companies surveyed reported that they retain firms to provide assurance for their sustainability information, similar to having their financial statements audited. That is more than double the number of companies having done so just three years ago.

An emerging issue is biodiversity. Of those surveyed, 14 per cent of companies said they see its loss as a risk to their businesses, compared with a global average of 23 per cent. “If you think of climate change five years ago, where it was just emerging as a business issue central to strategy and disclosure, biodiversity loss is probably going to follow that trajectory,” Mr. Murphy said. 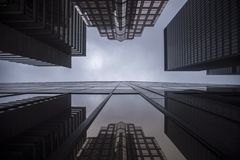 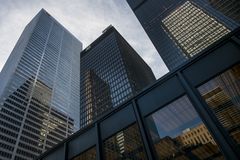 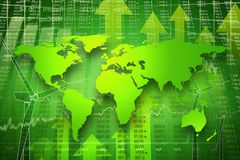