The next round of NAFTA talks has been put on hold as top officials from Canada, the United States and Mexico meet in Washington with the goal of hammering out the framework of an agreement.

The three countries are closing in on a preliminary deal to rejig the North American free-trade agreement, with a plan to encourage more American auto jobs at the centrepiece of the pact.

After the eight-month-long NAFTA renegotiations, the objective now is to have a deal in place that can be signed by U.S. President Donald Trump, Prime Minister Justin Trudeau and Mexico’s Enrique Pena Nieto next week at the Summit of the Americas in Peru.

Related: China vows to fight back ‘at any cost’ against Trump’s increased trade threat

Opinion: Will Trump accept a NAFTA deal that comes with concessions?

Although any prospective deal would leave many details remaining to be worked out, Mr. Trudeau said Thursday that he was optimistic the structure of an agreement was at hand.

“We are in the process of advancing towards an agreement in a significant way,” he told reporters in Quebec City. “There is a positive momentum.”

U.S. Trade Representative Robert Lighthizer and Mexican Economy Minister Ildefonso Guajardo held a second straight day of talks at the Winder Building near the White House on Thursday. Canadian Foreign Affairs Minister Chrystia Freeland arrived in Washington later in the day to join them for dinner, and will participate in the formal three-way meeting on Friday.

The Trump administration, however, tried to lower expectations for an agreement.

“Don’t rush, take it nice and easy. There’s no rush,” Mr. Trump said he had told his negotiators. “We get it done right, or we terminate.”

Sources familiar with the negotiations, however, said behind the scenes that the United States has been driving hard for an agreement over the past month. After seven months of near deadlock on NAFTA, discussions have sped rapidly forward since early March, as Mr. Lighthizer reportedly seeks to get NAFTA out of the way ahead of Mexican presidential elections, congressional mid-terms and an escalating trade war with China.

Previously, negotiations unfolded in large, formal rounds, with hundreds of negotiators covering more than two-dozen topics converging on a single city for a week at a time. But since the seventh round finished early last month in Mexico City, the three sides have instead been negotiating continuously with a series of lower-key meetings.

An eighth round, originally scheduled to start April 8 in Washington, is now on hold pending the outcome of Friday’s meeting between the three top dogs on the trade file.

The last months of negotiations have focused on a U.S. demand to tie vehicle content rules to wages, in a bid to steer auto jobs away from Mexico and toward the United States.

Under the American proposal, components of cars and trucks would only count toward an auto’s NAFTA content requirements if they are made in factories where workers are paid wages at or above the North American average. Vehicles must currently contain at least 62.5 per cent North American content if they are to be sold across borders in the NAFTA zone without facing tariffs. The United States also wants this percentage boosted to 85 per cent.

One idea on the table, confided an insider, would set wage thresholds for higher-value work, such as building transmissions or conducting research and development. Lower-value tasks, such as assembling wire harnesses, would not be subject to the wage requirements. This would push the more complicated work toward the United States and Canada, while allowing Mexico to keep its edge in attracting more menial jobs.

Mexico has so far held out on accepting the provision.

It is unclear how extensive the prospective preliminary deal will be. Besides autos, there are still a number of tough issues – including U.S. demands to strengthen Buy American procurement rules and gut or eliminate dispute-resolution mechanisms, as well as Canada’s defence of its protectionist system for dairy, eggs and poultry – that must be worked out. Some of these matters may be left out of an agreement signed next week to be further negotiated over the coming months.

Hugo Perezcano Diaz, a former Mexican trade negotiator who worked on the original NAFTA negotiations, said it’s unlikely the initial deal will tackle all of these matters.

“Trump needs to have something he can announce as a victory,” said Mr. Perezcano Diaz, of the Centre for International Governance Innovation in Waterloo, Ont. “Some of these issues will be kicked down the line, to be tackled in the next few months.”

Further complicating matters are the many procedural hurdles a deal would have to clear before it can go to the U.S. Congress for approval. Among other things, there is a review period of more than three months for the United States International Trade Commission to study and report on an agreement.

Elections in Mexico also mean time is running out to get a deal before the current Mexican congress.

Thomas Bollyky, a former U.S. negotiator, said a detailed text would have to be completed by the end of April or the middle of May to start the processes in Mexico and the United States under the current congresses.

Eighth round of NAFTA talks on hold as top ministers meet in Washington
Subscriber content
April 5, 2018 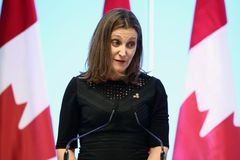 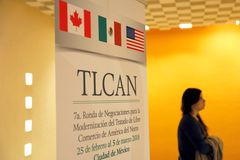 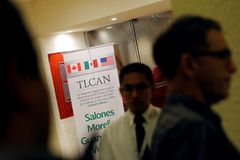