National Bank of Canada faces a stumbling block as it seeks to boost its investment in renewable energy: It can’t find enough projects in Canada to meet its lending targets.

The Montreal-based bank, Canada’s sixth-largest by assets, has pledged that its portfolio of loans to renewable-energy companies will grow at least as fast, dollar for dollar, as its portfolio for traditional energy sources such as oil and gas. But it has had to look abroad to find enough clients to fill its lending book.

National Bank hosted its annual meeting of shareholders in Quebec City on Wednesday and, like other major Canadian lenders, fielded questions about how quickly it will move toward financing more sustainable energy projects and technologies. At meetings earlier this month, shareholders pressed Royal Bank of Canada and Toronto-Dominion Bank to shift more support to renewable energy. Those banks’ chief executive officers, Dave McKay and Bharat Masrani, touted their banks’ sustainability targets and green initiatives, but also defended their support for the oil and gas sector as vital to Canada’s prosperity.

National Bank CEO Louis Vachon said the speed of the transition to greener alternatives will be dictated in large part by technology and that many of the investments in that area – even those made by Canadian firms – are happening elsewhere.

“To maintain that growth in renewables, we find ourselves financing projects now in the U.S. and in Europe, because we don’t see enough projects in Canada,” he said in an interview after the annual meeting.

“Pollution knows no boundaries, so we have an impact anyway,” he told shareholders. And in many cases, the bank is lending to Canadian companies undertaking projects abroad, “so we’re accompanying our Canadian clients who are doing more renewables outside of Canada.”

Mr. Vachon made sustainability and environmental issues a theme of the annual meeting and addressed questions from an employee, Juan Vazquez, who plans to run for the Green Party in the federal riding of Papineau, challenging Justin Trudeau in this year’s election.

But he also made it clear that National Bank has no plans to withdraw financing from Canada’s traditional, carbon-heavy energy industries. “We’ve had a business for over 40 years in Alberta. We continue to lend to the oil and gas sector," he told The Globe and Mail. “And there were no propositions today, you noticed, to stop lending to the oil and gas sector.”

National Bank has dabbled in green bonds, a market that is expanding in Canada. On Wednesday, RBC announced its inaugural green bond, but it was denominated in euros – a €500-million ($752-million) offering that will use the money raised to fund a portfolio made up mostly of assets in renewable energy and green buildings.

So far, National Bank’s record of lending to clients in the renewable space has been mixed. The bank has never lost money financing hydroelectric projects or supporting solar or wind power, according to Mr. Vachon. But it has swallowed losses on loans to plants that repurpose agricultural and organic waste, and he said National Bank has learned from “some failures there.”

The bank also expects to lose money on some $10-million owed by Teo Taxi, an insolvent electric transformation company based in Montreal. National Bank liked the concept of electric taxis, Mr. Vachon said, but was “caught off guard” when key technologies such as batteries and autonomous vehicles failed to take off as quickly as the bank had expected.

“We have to lend based on the technology that is there," Mr. Vachon told shareholders. "So our whole role in the energy transformation process as a lender and for financing is going to rely a great deal on the technological developments and how it develops.”

Institutional investors such as BlackRock Inc. have visited the bank to stress the importance of greater disclosures on sustainable financing and climate risk, but they also expect banks to take concrete steps to get greener.

“It’s not going to be a short-term process, it’s going to evolve over quite a few years," Mr. Vachon said. 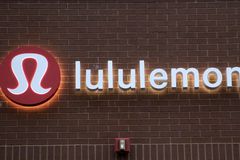 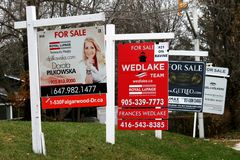 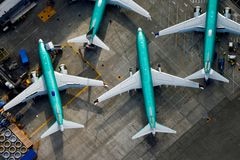