Canada’s natural gas sector wants federal and provincial governments and industry to form an alliance as Ottawa develops a national hydrogen strategy, saying co-operation is vital to harness the full economic potential of the energy source.

The Canadian Gas Association (CGA), an industry group, has started to develop technology, standards, policies and regulations to build a hydrogen market, and its members across provinces including British Columbia, Alberta, Ontario and Quebec are already executing projects to figure out how best to blend hydrogen into the country’s existing natural gas networks.

Gas association president and chief executive Timothy Egan acknowledged those initiatives are in their early days, but said the sector shows promise.

Natural Resources Minister Seamus O’Regan has pointed to hydrogen as a key component of Ottawa’s goal to reach net zero in greenhouse-gas emissions by 2050, and says the federal government will have a comprehensive strategy for the fuel source by the end of the summer.

Mr. O’Regan said in a statement that the government is committed to innovation in Canada’s energy system and will embrace fuels such as hydrogen.

“Our work to develop a hydrogen strategy for Canada draws on the strong relationship between hydrogen production and Canada’s natural gas industry. This is central to building the net-zero energy future that Canadians want and deserve,” he said.

Mr. Egan called for the creation of a national task force that would include industry players to help with the government’s plans.

Conversations about new fuels or new applications of fuels and technologies too often happen without the people who know the most about them, he said, “so we think it’s critical that the gas industry be at the table” to ensure the success of the strategy.

Dale Nally, Alberta’s Associate Minister of Natural Gas, is on board with the idea of a co-operative effort between industry and all levels of government.

A “Team Canada approach” would allow the sector to leverage its collective knowledge, skills and resources to attract new investment and become a competitive supplier of low-emission and affordable hydrogen, he said in a statement.

“This is a significant opportunity for provinces across Canada to support a new economic driver and economic recovery while helping the world achieve its environmental commitments,” he said.

Hydrogen as a fuel source is nothing new, but it is enjoying unprecedented momentum, according to the International Energy Agency. It is light, storable, energy-dense and produces no direct emissions of pollutants or greenhouse gases – a boon for countries pursuing net-zero goals.

Mr. Egan said the natural gas industry has long envisioned that the gas would be part of Canada’s future energy mix, but renewed interest in the fuel has accelerated conversations with policy makers.

Using the natural gas sector’s existing infrastructure and expertise to maximum effect is crucial as Canada figures out how hydrogen fits into its energy strategy, he said, and that includes discussions about the postpandemic economic recovery.

Right now, he said, hydrogen regulations, codes and plans are where the rules for renewable natural gas were five or six years ago, when the fuel was relatively new to policy makers.

“They knew very little about [renewable natural gas]. Now they’ve become very enthusiastic about it, and it’s kind of the same thing on hydrogen,” he said.

“I don’t think we’re going to have [a] hydrogen-based energy system in six months, but it’s going to be part of the future.” 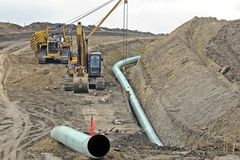 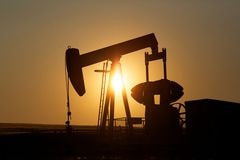 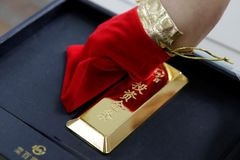