Clare O’HaraWealth Management Reporter
Published May 13, 2021 Updated May 13, 2021
For Subscribers
Comments
Text Size
Please log in to listen to this story. Also available in French and Mandarin. Log In Create Free Account

CI Financial Corp.’s new wealth management acquisitions has boosted the company’s wealth division to account for more than half of the company’s total assets after the investment giant spent more than $890-million to purchase investment advisory businesses in the United States and Canada.

After completing three more deals in the United States in the beginning of the year, CI’s total assets reached $288-billion as of April 30, up 20 per cent from March. This includes $141-billion of assets under management and $147-billion of wealth management client assets – the first time in the firm’s history that the wealth management segment has surpassed asset management assets, said Kurt MacAlpine, CI’s chief executive officer.

“To put this in perspective, when we initiated the new [acquisition] strategy in the fall of 2019, our asset management business was nearly three times larger than our wealth management business,” Mr. MacAlpine said during an analyst call on Thursday.

CI, which reported first-quarter earnings on Thursday, has been on an acquisition spree, buying 14 registered investment advisory (RIA) firms in the past 16 months and completing another four acquisitions indirectly through its RIA partners.

Earlier this week, the company announced its second-largest acquisition with the purchase of Dowling & Yahnke, a San Diego-based firm with US$5.1-billion in assets. The deal is expected to close later this year.

In the United States, an RIA company typically follows an independent business model – meaning it is not part of a larger brokerage – and advisers have a legal fiduciary obligation to act in the best interests of clients. The U.S. RIA market has more than 17,000 companies, but has seen a wave of consolidation in recent years.

CI has not disclosed its total spending on its U.S acquisitions. But according to its annual report, CI spent $891-million in 2020 on 10 U.S.-based registered investment advisers, plus Canadian firm Aligned Capital Partners Inc. The sum consisted of $537.4-million in cash, $35.4-million in CI stock, and an estimated $318.3-million in future payments.

The $318.3-million is an estimate of future payouts by CI based on the firms’ earnings, a number that could increase or decrease over time. The number also includes the estimated cost of future purchases of shares still held by the firms’ owners.

It is yet to be determined whether the shopping spree will pay off.

“CI has yet to provide substantial disclosures for the wealth management business,” said Edward Jones financial equities analyst Jim Shanahan in a research note. “Net of [adjustments], however, the [wealth management] segment was unprofitable this period. We believe that this business will require more significant scale to drive a strong contribution to overall reported results.”

Adjusted net income for the quarter – which strips out certain items including acquisition costs – is $151.6-million, or 73 cents a share, up from $124-million, or 56 cents, for the same quarter last year.

“[We are] putting some of those teams together to create a more integrated business as opposed to a collection of teams ... and essentially create roles in an experience that is very similar to the RIA business model,” said Mr. MacAlpine. 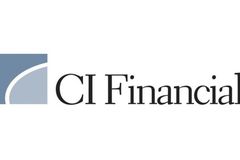 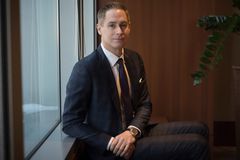