Canadian cannabis companies that need money are being forced to agree to costly financing terms as their share prices collapse in an industry-wide rout.

Publicly traded marijuana players that require fresh cash have turned to everything from rights offerings to expensive construction debt to highly dilutive convertible debt units in recent weeks to raise funds. Pot producers are also starting to negotiate new terms with existing holders of their debt, in order to reduce how much they owe or to delay the day of repayment.

The new deals and financing terms can be harmful to companies’ existing shareholders, as they dilute their ownership or increase the company’s interest costs. That is helping to fuel a downward spiral in cannabis stocks.

Late last week, one of the country’s largest growers, Alberta-based Aurora Cannabis Inc., said it would amend the terms on $230-million worth of convertible debt that comes due in March, 2020.

This type of debt can be converted to shares if the issuers’ stock price rises, and many cannabis producers sold these securities during the sector’s bull run. But now that pot shares are in free fall, it makes no economic sense for debt-holders to convert – so the companies are on the hook to repay them when the bond matures.

To deal with this, Aurora slashed the debt’s conversion price Thursday, allowing holders of the 2020 notes to convert to stock at a 6-per-cent discount to its recent share price instead of the original $13.05. Aurora’s stock closed at $3.59 on Friday.

While the change helps to lower the company’s debt load, it will result in more shares being issued, watering down the value of existing shareholders’ investments. That, plus a poor earnings result and the news that it’s slowing or cancelling some projects, pushed Aurora’s stock down 29 per cent last week. It has lost more than half of its value in two months.

Aurora has faced pushback from investors who worried their ownership would be diluted, Jefferies analyst Owen Bennett said in a research note. “To this, we think they’ve let themselves down.”

Some cannabis companies have been able to raise money by selling new convertible debt, as Flower One Holdings Inc. proved last week. But the Canadian-listed company, which operates in Nevada, had to agree to costly terms to get the deal done.

Before the latest deal, Flower One had last raised money in March through a $50-million offering of convertible debt units that paid 9.5-per-cent interest and included 192 warrants per unit. (Warrants are similar to stock options, allowing the holders to buy stock at a preset price in the future.)

Last week, Flower One had to settle for $21-million, again at 9.5 per cent, and the company had to more than triple the number of warrants per unit, to 666 per $1,000 invested, in order to entice buyers.

Other companies are turning to even more expensive or unique measures to find money.

In late October, Zenabis Global Inc. announced a rights offering that allowed existing investors to buy more stock – at a 73-per-cent discount to the market price. On Thursday, The Green Organic Dutchman Ltd. (TGOD) announced a multitier financing that included a sale-and-leaseback of a production facility and new debt that pays a 12-per-cent interest rate.

The announcements illustrate just how much has changed for Canadian cannabis companies since September. Producers used to be able to raise money in a flash, which fuelled their expansion dreams. But the normal financing taps are all but shut off, making it extremely tough to raise funds. Even credit lines and asset-backed borrowing options are hard to come by.

“Earlier this year, we always expected to have normal-course access to bank financing," TGOD chief executive Brian Athaide said in an interview. "The access to that had changed.”

Instead, TGOD resorted to a $23-million sale-leaseback, $40-million of construction financing at 12 per cent and a $40-million convertible-debt deal – the terms of which were not disclosed.

While costly, the deals provide TGOD with the funds needed to finish building its Canadian production facilities. At the moment, TGOD generates negligible revenue in Canada but the company hopes to produce positive cash flow by the second quarter of 2020. “This gets us to that," Mr. Athaide said of the fresh money.

TGOD’s shares closed at 70 cents on Friday, down 79 per cent since the start of September.

Zenabis, meanwhile, relied on a rights offering in its attempt to raise $20.8-million. However, few retail investors had even heard of these securities before, which created confusion. Rights are issued to existing backers to give them the option to buy more stock at a discounted price, with the hope that existing shareholders would prefer to invest more cash instead of being diluted by new buyers.

“There was significant education required of the investor base, specifically the retail investor base," CEO Andrew Grieve said in an interview.

Zenabis executives also learned they needed to take a step back and explain why a simple equity offering wasn’t possible. “It was challenging for many people to grasp that there are no straight equity issuances in the market at the moment,” Mr. Grieve said.

Some cannabis companies are relatively immune from the financing woes, having already secured large credit lines or investments from strategic partners – such as Constellation Brands Inc.’s $5-billion investment in Canopy Growth Corp. in 2018. Nevertheless, Canopy’s stock has declined by more than half since the middle of August.

Even these producers are adjusting to the new reality and cleaning up their balance sheets by selling assets to raise cash or removing debt burdens. In the past month both Canopy and Aphria Inc. have sold stakes in Australian cannabis companies.

Aurora Cannabis revenue down 24 per cent as recreational sales decline by a third
Subscriber content
November 14, 2019 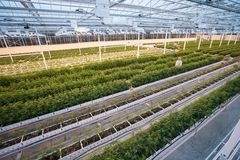 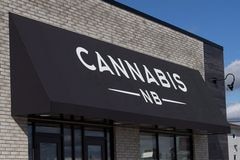 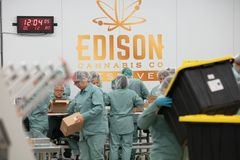