Sean SilcoffTechnology Reporter
Published May 25, 2021 Updated May 26, 2021
For Subscribers
Comments
Text Size
Please log in to listen to this story. Also available in French and Mandarin. Log In Create Free Account

VerticalScope Inc., a digital media company controlled by Torstar Corp., is set to launch its initial public offering process this week, with a goal of raising $100-million to fuel an intense acquisition drive, a source familiar with the transaction said.

The IPO on the Toronto Stock Exchange, if completed at the terms anticipated by VerticalScope, could leave Torstar owning a stake valued at well north of US$150-million ($180-million). That would be equal to more than three times the $60-million NordStar Capital paid (excluding unfunded pension liabilities) last August for Torstar, which also owns the Toronto Star and 76 other daily and weekly newspapers across Ontario.

The Globe and Mail is not identifying the source as they are not authorized to speak about the deal. A spokesman for VerticalScope declined comment

VerticalScope specializes in running websites for communities of enthusiasts of a broad range of topics including beekeeping, snowboarding, automobiles and fancy watches. The company has more than 1,200 websites, with 1.7 billion content posts and 100 million-plus active users each month, mostly in the U.S. The business generated US$61-million in revenue in the past 12 months and earnings before interest, taxes, depreciation and amortization (EBITDA) of about US$30-million.

The source said VerticalScope, which is 56-per-cent owned by Torstar, is seeking to obtain a valuation of 10 to 15 times EBITDA, which would value the company at roughly US$300-million to US$450-million. VerticalScope has close to US$90-million in debt and has made more than 200 acquisitions including Yellow Pages’ RedFlagDeals site three years ago. It plans to use the offering proceeds to buy other enthusiast sites in the next year that generate a combined US$20-million worth of EBITDA.

The company was founded by chief executive and Saskatchewan native Rob Laidlaw in the 1990s, when he was a teenager, as a web-hosting directory site called TopHosts.com. Financier Jesse Rasch was impressed by the business and the young Mr. Laidlaw, who had been drawn early on to fan forums for the Saskatchewan Roughriders and Chevy Camaros, and offered to partner with him (the two still own about 20 per cent each of VerticalScope).

In 1999, at the age of 18, Mr. Laidlaw dropped out of university and moved to Toronto from Regina. VerticalScope developed or bought more than 100 online media properties in powersports, auto and technology markets, as well as print magazines for auto enthusiasts such as Modified Mustangs Magazine, before selling the auto media properties to Primedia in 2007.

Mr. Laidlaw realized enthusiast communities offered attractive economics: Users generated content themselves and sites were typically moderated by individual members. The concentration of passionate users of big-ticket items drew both advertisers and e-commerce partners looking to sell to the users – and willing to pay a referral fee to the site owner.

In 2011, VerticalScope raised US$45-million from Boston private firm ABRY Partners to fuel its expansion in the area. Torstar bought out ABRY four years later for C$200-million.

VerticalScope typically buys sites one or a handful at a time, paying hundreds of thousands of dollars each to small-time operator-enthusiasts, valuing the sites at five to seven times revenue.

The company has had uneven revenues in the past few years: about US$65-million in 2018, falling to $58-million in 2019 and US$56-million in 2020. At the same time, VerticalScope was investing in a new online platform called Fora to replace the hodgepodge of software used by the various communities it bought over the years, so it purposely pulled back on monetization efforts. Since the move to the upgraded software, revenues in the most recent 12 months are up 11 per cent year over year.

The Globe and Mail first revealed earlier this month VerticalScope was one of at least 15 Canadian companies considering IPOs in the near term, following a slew of new issues since last summer by Canadian tech companies.

Torstar has been busy since its acquisition last summer by NordStar, led by former Fairfax Financial Holdings Ltd. president Paul Rivett and businessman Jordan Bitove. It sold digital ad technology developed by Torstar’s Eyeturn Marketing subsidiary to Loblaw Cos. Ltd. and has announced new Ontario-focused ventures that include a last-mile e-commerce delivery business and an online casino.

The company has also shaken up its executive ranks, including promoting Torstar CEO John Boynton to vice-chairman of NordStar, and replacing him at Torstar on an interim basis with chief investment officer Lorenzo DeMarchi. 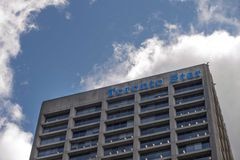 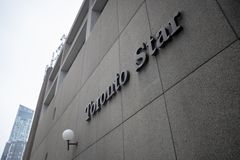 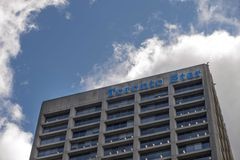