A new venture-capital fund focused exclusively on investing in companies founded and led by women will start fundraising this week with a $30-million goal that could make it the biggest of its kind in Canada.

Led by Toronto-based entrepreneur Elaine Kunda, Disruption Ventures will kick off fundraising May 1, and already has Canadian VC and financial heavyweights championing it — including Relay Ventures, which has agreed to co-invest in startups with Disruption when they overlap in their areas of specialty.

The idea for the fund came to Ms. Kunda in 2012, when her venture-backed digital women’s media network, B5Media, was acquired by Alloy Digital. As she pondered her next steps, she spoke with other female entrepreneurs and found that many faced challenges trying to raise venture capital. At the time, she says, the idea of a women-focused fund had a hard time gaining traction.

Six years later, however, the low numbers of women in startup funding and C-suite positions has become a much harder issue to ignore. Crunchbase recently found that only 8 per cent of partners in the top 100 global VC funds are women. Last year, companies with female-only founders only received 2.2 per cent of all U.S. venture capital, according to PitchBook.

“The dialogue is out there,” Ms. Kunda says. Still, she points out, women’s representation has improved only slightly at best. “A percentage point here and there isn’t real change when there’s a fundamental problem.”

Disruption Ventures will be a woman-led venture fund seeking to invest solely in tech businesses founded or run by women — still a rarity in Canada. Ms. Kunda and her supporters believe not only that the fund will help to correct the inequity in Canadian venture funding and corporate leadership, but also that, in doing so, it can offer the venture community a clear investment opportunity in an underserved market.

Few such women-focused funding options are available in Canada. The Business Development Bank of Canada’s Women in Technology Fund was boosted to $200-million in the last federal budget, while MaRS’s Investment Accelerator Fund runs the $5-million StandUp Ventures Fund I, which closed last May, led by an investment from BDC.

While StandUp Ventures originally planned to do three or four deals in its first year, the seed-stage fund has already made five investments, says Michelle McBane, investment director at IAF. “Part of the reason we’re doing that is that folks were like, ‘Is there actually deal flow and enough product in the marketplace to build a fund around this thesis to generate market rates of return?’” she says.

The numbers show there was — and with that track record, Ms. McBane says MaRS hopes to raise additional funding for StandUp Ventures. “We’re very much about proving you can build a sustainable portfolio. Our thesis is around diversity, and that diverse organizations will outperform homogeneous ones.”

Disruption Ventures, which will focus mostly on seed rounds and some Series A funding for pre- or early-stage-revenue tech companies, has raised $2.5-million so far. Ms. Kunda hopes it will be fully funded at $30-million and active by the end of the year — at which point it would likely be the largest private, independent, women-only fund in Canada.

“Venture capital is becoming so much more important to the Canadian economy; right now, we have a segment of the population that is underserved and underutilized,” Ms. Kunda says. “The opportunity to tap into that is huge and important. There are arguments out there that these women are hard to find. ... I disagree with that.”

Ms. Kunda was president and chief executive of both B5media and ZipLocal, a digital ad-and-search company. John Albright, co-founder and managing director of Relay Ventures, got to know Ms. Kunda through investing in those companies and has long connected entrepreneurs with her for advice. Now that Ms. Kunda is on the other side of the funding fence, Relay is backing her with office resources and a $5-million pool of capital to co-invest in women-led companies that fit both their mandates.

While many of the deals Mr. Albright has struck in the past have been male-led, he says this was not a deliberate choice — but after discussing the “astounding” statistics around women and venture funding with Ms. Kunda, his eyes were opened. “She’s found a niche that needs to be addressed,” he says, “and there’s probably a great opportunity to make money with it.” He says he will also personally invest in Disruption Ventures.

Saudi Aramco appoints first woman to its board
April 29, 2018 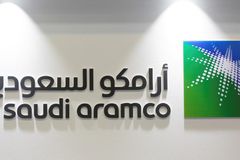 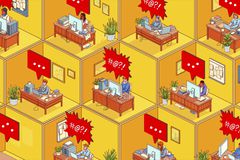 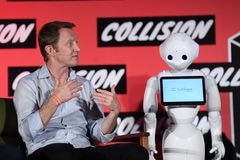