Alberta oil sands operations are at the centre of a battle between Exxon Mobil Corp. and New York State’s Attorney-General, who alleges the company misled investors by playing down the impact that anticipated climate-change policies will have on its profitability.

The Office of the Attorney-General said in a court filing this week that Exxon told investors for several years it was assessing all investment with an assumption that developed countries including Canada would have a US$60 a tonne carbon price by 2030. However, it said, the company was using a much lower carbon cost internally when evaluating investments in oil sands projects such as the Kearl or Syncrude.

It said Exxon and its subsidiary, Calgary-based Imperial Oil Ltd., essentially underestimated future carbon costs by some $30-billion at their 14 oil sands projects. The difference in the two methodologies reduced the amount of the Kearl project’s expected carbon-related costs by 94 per cent. That would mean that Kearl, a major project for Imperial and Exxon, would eventually reduce the value of the companies' assets.

Exxon said in a statement on Thursday that the allegations are “baseless” and politically inspired. The company argues it uses the US$60 a tonne figure, known as a proxy carbon cost, to broadly assess its long-term investment plan and the potential impacts on the oil and gas sector. It adds that for internal purposes, it uses a more local analysis of likely regulatory actions to evaluate the economics of specific projects in Alberta.

A spokesman for Imperial Oil referred all questions to Exxon.

The new allegations - which have yet to be tested in court - come as governments and investors' groups increase pressure on companies to make far greater disclosure of financial risks from climate change and push for standardization of the information so the analyses can be compared.

In an interim report released on Thursday, a federally appointed panel on sustainable finance said the clear, reliable disclosure of climate-related risk is key as financial markets in Canada cope with the transition to a lower-carbon economy.

Global investors are also pushing for more rigorous disclosure, although they can do little now to assess whether a company’s public representations are applied internally, said Andrew Logan, director of the oil and gas program at Ceres, a Boston-based shareholder group that advocates for more corporate transparency. “Investors are increasingly seeing climate risk as a key differentiator among companies,” he said. “But at this point, the disclosures are more qualitative than quantitative.”

New York’s Attorney-General accuses Exxon of essentially defrauding investors over its climate liabilities, even as it raised some US$25-billion in bond markets over the past several years.

“Exxon provided false and misleading assurances that it is effectively managing the economic risks posed to its business by the increasingly stringent policies and regulations that it expects governments to adopt to address climate change,” it said in its submission, which was filed on Wednesday.

Since 2010, Exxon has been telling investors in statements and other communications that it assesses its business with the expectation that developed countries will adopt carbon prices worth US$60 a tonne by 2030 and US$80 by 2040. The New York Attorney-General’s filing quotes analysts from companies such as Merrill Lynch and Credit Suisse as crediting the company for the risk-management practice.

It also filed internal documents that show that, in practice, the company based its assessment of investment projects on a much lower carbon-price scenario, more consistent with existing regulations in places such as Alberta. The province, since 2007, has imposed a carbon levy on a small portion of oil industry emissions. The Attorney-General’s filing also includes internal Exxon correspondence that suggests managers were aware of the inconsistency and opted to use the lower figure to improve the case for investment.

In a filing this summer, Exxon said the Office of the Attorney-General was well aware the company used two different systems: A proxy price to assess overall impacts on the industry and a carbon cost that could be assessed locally.

The New York State investigation “is based on knowing misrepresentations and intentional mis-characterizations,” it said. 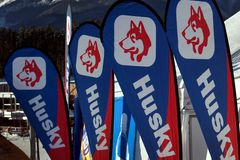 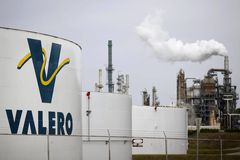 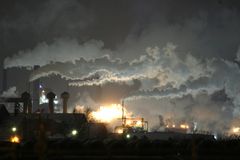