Clare O’HaraWealth Management Reporter
Published May 10, 2021 Updated May 10, 2021
For Subscribers
Comments
Text Size
Please log in to listen to this story. Also available in French and Mandarin. Log In Create Free Account

Ninepoint Partners LP is breaking into the crowded market for bitcoin exchange-traded funds with a plan to offset the carbon footprint of energy-intensive crypto mining to attract investors to its bitcoin fund.

The Toronto-based alternative asset manager, which manages about $8-billion in assets, announced Monday it will purchase carbon credits with the aim of offering investors carbon-neutral exposure to bitcoin.

The rapid growth of bitcoin has raised concerns about the cryptocurrency’s carbon footprint – specifically the large amounts of energy required to mine bitcoin, said John Wilson, co-chief executive officer and managing partner of Ninepoint.

The Ninepoint ETF, which currently has about $320-million in assets, was launched as Bitcoin Trust in January and converted into an ETF on May 6, following a landmark decision in March by Canadian securities regulators to approve several bitcoin ETFs.

Mr. Wilson says carbon offsets were always part of the plan for the bitcoin fund, but with the competition for retail bitcoin funds heating up earlier this year, the company decided to not delay and launched Bitcoin Trust in January without the carbon offsets.

“We always knew there was an issue that we needed to address on the ESG [environmental, social and corporate governance] front, and we felt the place that had the largest dialogue around it was bitcoin, so that was a logical place for us to start,” Mr. Wilson said.

“It allows us to put those ESG concerns at ease for our clients, and it would be a natural evolution for us to look at ways we can use the same process and see if it applies to other [investment] strategies that we do.”

Under the ticker BITC, the Ninepoint Bitcoin ETF trades on the Toronto Stock Exchange and charges a 0.70-per-cent annual management fee, part of which will be used to offset the carbon footprint of the ETF. The costs will not be charged directly to investors, the company said.

Mr. Wilson declined to comment on how much of the management fee will be used towards carbon credits, as there are “a number of variables to the calculation that can change with the size of the fund” but said the amount will be “material.”

Some environmental groups – including Greenpeace – have criticized carbon offsets as they do not force corporations to reduce carbon emissions directly.

But the trend could become more widespread for investment managers looking to grab a slice of the ESG market. Already asset managers in the U.S. and Canada are beginning to incorporate carbon offsets into their investment strategies to attract investors who are concerned about the environmental impact of companies they invest in.

“We think it’s great that other funds are looking at using carbon credits to offset emissions,” Evolve CEO Raj Lala said in an interview. “We feel these offsets are an important transitionary step to reaching a carbon-neutral world, and help fund projects that remove or avoid increased carbon dioxide from our atmosphere.”

Mr. Lala said he has not yet considered the carbon offset for any of his other funds, including the bitcoin ETF he manages – with the ticker symbol EBIT – that launched earlier this year.

For Ninepoint, the carbon credits will be used to support forest conservation projects in the Amazon, which it says will have a direct positive impact on the lives of people in the region.

Mr. Wilson said Ninepoint selected the Amazon projects, and it will partner with CarbonX, a provider of carbon emission analysis and carbon offsetting services. CarbonX, along with the Crypto Carbon Ratings Institute, provides scientific estimates for the energy consumption and environmental impact of cryptocurrencies, and will provide the carbon footprint analysis for the Ninepoint ETF. 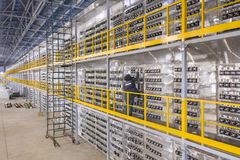 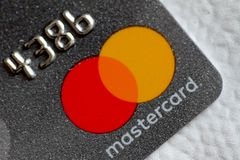 Dogecoin tumbles after Musk calls it a ‘hustle’ on Saturday Night Live
Subscriber content
May 11, 2021 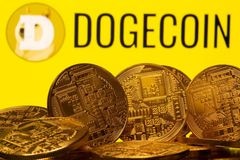