China hit back at the United States in a new round of escalating tariffs, triggering a sharp fall in stock markets as hope fades for a quick resolution to the trade war between the world’s two largest economies.

The expanding confrontation now threatens to extend into summer, visiting higher prices on consumers and businesses, volatility on the markets and economic damage to both countries.

The Chinese government said it did not want to impose new levies but would not be pushed around by Mr. Trump.

“China will never yield to external pressure,” Foreign Ministry spokesman Geng Shuang said. “We have said many times that increasing tariffs will not solve any problem.”

In the Oval Office Monday, Mr. Trump responded by falsely crediting his tariffs for the United States’ recent economic growth and cheering the “tremendous amount of money” that is flowing into the treasury as a result. He reiterated his threat to extend tariffs even further, to cover all US$558-billion Chinese imports to his country.

“I love the position we’re in,” Mr. Trump said. “I think it’s working out really well.”

In fact, the United States’ tariffs will actually push economic growth down. One Goldman Sachs estimate found Mr. Trump’s tariffs could reduce U.S. GDP growth by as much as 0.4 per cent.

The cost of tariffs is paid by importers in the country imposing the tariffs and typically passed on to customers. This means that imposing the levies hurts both foreign exporters, who will see a drop in business, and domestic consumers, who must pay more for imported products.

The U.S. President said he would see his Chinese counterpart, Xi Jinping, at next month’s Group of 20 summit in Japan and that it would “probably [be] a very fruitful meeting.” Otherwise, the United States and China have announced no further plans to negotiate, leaving an end to the trade war uncertain.

Mr. Trump said he would pay out compensation of about US$15-billion to American farmers, a usually solidly Republican voting block that has been hit particularly hard by the trade war. The President is likely to face increasing pressure from farm groups and other businesses to end the trade war, but his approval rating among GOP voters has remained solid, giving him little political incentive to change course.

Any resolution feels uncertain and distant.

“We’re back to the exact situation we were in 10 months ago,” said Andrew Polk, founding partner of Trivium, a Beijing-based business advisory firm. “This is the kind of response we should expect from China going forward. They have never wanted to turn up the heat. But they have to react.”

Also Monday, the U.S. Commerce Department slapped stricter licensing requirements on six companies in China and Hong Kong; four for allegedly breaking U.S. sanctions on Iran and two for selling technology to the Chinese army. The move, while theoretically a separate process from the trade talks, could further ratchet up tensions.

Fighting China on trade was a key part of Mr. Trump’s election campaign. He blames Beijing for hollowing out the U.S. manufacturing sector by producing goods at a fraction of the price of their American counterparts.

Trade experts largely agree that China has engaged in unfair trading practices – such as dumping heavily subsidized products on international markets and forcing U.S. companies to turn over their trade secrets – but they generally contend a tariff war is the wrong way to go about holding the country accountable.

Mr. Trump launched his trade offensive against China last year, hitting US$50-billion of goods with 25-per-cent tariffs and US$200-billion with 10-per-cent rates. China fired back with levies on American products, most notably soy beans, a major crop in Trump-supporting states across the U.S. heartland.

The two sides appeared to be making progress in negotiations until earlier this month, when Washington accused Beijing of reneging on promises to change its laws to stop handing out subsidies to Chinese firms and obliging U.S. companies to hand over intellectual property. The breakdown in talks prompted Mr. Trump to hike the 10-per-cent levies to 25 per cent.

Mei Xinyu, a researcher with the Chinese Academy of International Trade and Economic Co-operation, a research body under the Ministry of Commerce, said China carefully calibrated the goods it chose to minimize pain to Chinese consumers.

“Trade retaliation is never our goal. It’s just a way to show them that we are capable of taking countermeasures to respond to their behaviour, and in turn to help them sober up and regain their rationality. We hope to go back to the normal trajectory,” he said.

Ryan Young, a senior fellow at the free-market think tank, Competitive Enterprise Institute, said Mr. Trump’s negotiating strategy has “backfired badly” and he will have to change course to reach a resolution. Mr. Young said Congress should try to take away Mr. Trump’s authority to impose levies.

Editor’s note: An earlier version of this story misstated the amount of compensation Donald Trump said he would pay out to American farmers. 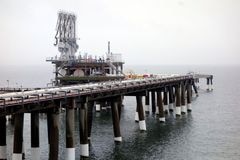 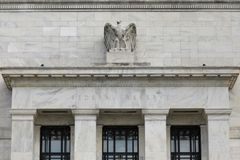 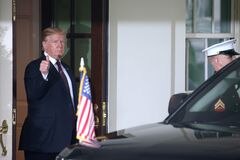