On a cold, snowy Sunday in late November, while others were curling up with a book or watching a movie, Ali Haberstroh’s idea of fun was to make a spreadsheet.

That’s how Not-Amazon.ca – a fast-growing directory of local retail alternatives to e-commerce giants such as Amazon and Walmart – was born. Ms. Haberstroh, a social-media manager at a marketing company in Toronto, wanted to shop local herself, but didn’t always know where to start. “It was an education process for myself,” she said.

That spreadsheet has now morphed into a website that lists more than 3,000 retailers in four cities – Vancouver, Calgary, Toronto and Halifax – and has attracted more than 300,000 visits. Ms. Haberstroh spends more than 30 hours each week (on top of a full-time job) managing the site, for free.

“I’ve definitely had a lot more traffic through my website,” said Melissa Deir, owner of My Serenity Candles in Lower Sackville, N.S., who recently listed on Not-Amazon.

Not-Amazon is just one of many initiatives across the country trying to make it easier for time-strapped shoppers to look beyond e-commerce stalwarts during the crucial holiday shopping season – and beyond.

In an October survey of the holiday shopping habits of more than 2,500 Canadians, conducted by Leger for the Retail Council of Canada, 90 per cent said it would be important to them to buy from a retailer within Canada this year. But for small retailers, being found online is a crucial part of the equation: The same survey showed that 42 per cent of people planned to shop online for gifts this year, compared with just 28 per cent last year.

“Everyone says ‘support local,’ but what does that mean when a lot of stores are closed?” said Obby Khan, who in September co-created GoodLocal.ca, an e-commerce site that processes orders for small businesses in Winnipeg.

Directories like Not-Amazon redirect visitors to retailers’ websites to make purchases. However, this can quickly become unwieldy if shoppers have to visit six or seven stores for curbside pickup, or rack up multiple delivery charges from small retailers who can’t afford to offer free shipping. So GoodLocal is offering a one-stop e-commerce shop, with a flat $5 shipping rate; more than 95 per cent of website visitors buy from three or more retailers.

The site started with a few dozen retailers – “The thought was, we will do 50, maybe 100 orders,” Mr. Khan said – and now lists more than 250, with more lined up waiting to join. The operations have moved twice, from working out of one of Mr. Khan’s restaurants initially, now into a bigger warehouse. The website, which has processed more than $200,000 in sales so far, crashed under the pressure a couple of weeks ago. GoodLocal has hired 18 people to help run the operation; it still had to cap the number of orders at 750 last week, and hit that cap.

GoodLocal just started charging a commission to retailers on Dec. 1, and has received funding from the provincial government. “The economics are really tight,” Mr. Khan said of paying staff and drivers while charging a flat $5 delivery fee.

“It’s not something that as a single vendor you could even conceive of. It wouldn’t be financially viable,” said Tara Garcia, co-owner of a skin-care line called Mama Pacha and the Churro Stop food truck, which both list products on GoodLocal. Mama Pacha’s e-commerce sales have gone up roughly 50 per cent since listing on the site.

“I wasn’t putting enough dollars into my own community,” Ms. John said. “It was never that easy, because they’re hard to find. A lot of them are social-media based. It’s not just a Google search.”

Ms. John, a graphic designer, launched the site in May, which processes orders for retailers and also offers the option of delivery or pick up for orders. “Most [of the businesses] don’t have a pickup location; many of them work out of their houses,” she said.

Roughly 20 brands are selling on the site now; hundreds more have asked to be added.

“I didn’t realize it was going to take off so quickly,” she said.

Ms. John charges $20 a month to vendors listed on the site for now, and plans to charge a 15-per-cent commission to help cover storage, security costs and possibly some hires to help grow the site. She is already working on making the directory more searchable, and has plans to ship beyond Ontario and to include more businesses. “I’m definitely working on expanding – hopefully, maybe, turn it into Black Owned Canada.”

Canadian e-commerce company Shopify is also trying to solve the problem of discoverability online for small businesses. The company has been offering no-cost listings on Google Shopping to its retailer clients, and also launched an app called Shop that allows users to search lists of small businesses near them.

“There’s a lot more work to do here,” said Satish Kanwar, vice-president of product at Shopify. “This is part of our strategy and long-term vision.”

“I know what kind of resources the big guys are putting into this,” said Sylvain Prud’homme, chairman of the board of Le Panier Bleu and a former retail executive who has worked for Walmart Canada, Lowe’s and Loblaw Cos. Ltd. “… We need to build much more capacity.”

That has been a challenge for many of these ad hoc initiatives. For example, Not-Amazon lists retailers but is not searchable by product. Right now, Ms. Haberstroh is working on a map function so that stores are searchable by neighbourhood. In the future, she hopes to create a catalogue of products that could be sold through a Shopify site. But it will take time.

“People really want it to function like Amazon,” she said. “I’ve been telling people, they’re a multibillion-dollar corporation and this was a Google Doc three weeks ago.”

‘You’re competing with the world’: Small retailers starting from scratch in e-commerce during the pandemic
Subscriber content
December 8, 2020 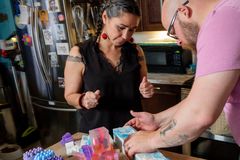 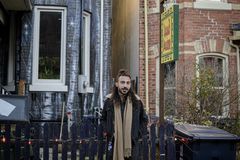