The Organization for Economic Co-operation and Development predicts the global economy is headed for a 6-per-cent contraction this year – considerably worse than previous forecasts – and the damage would be even more severe in the “equally likely” scenario that the world suffers a second wave of the COVID-19 pandemic.

“With little prospect of a vaccine becoming widely available this year, and faced with unprecedented uncertainty, the OECD has taken the unusual step of presenting two equally likely scenarios – one in which the virus is brought under control, and one in which a second global outbreak hits before the end of 2020,” the international economic policy and research body said in its new outlook, published Wednesday.

“If a second outbreak occurs, triggering a return to lockdowns, world economic output is forecast to plummet 7.6 per cent this year,” the OECD warned.

Without a second outbreak, it forecast that global gross domestic product would rebound 5.2 per cent in 2021. But a second wave would limit that recovery to a tepid 2.8 per cent.

“In both scenarios, the recovery, while initially rapid, will take a long time to bring output back to pre-pandemic levels, and the crisis will leave long-lasting scars – a fall in living standards, high unemployment, and weak investment,” the organization said.

The new forecast represents a massive downgrade from the OECD’s previous outlook, which was published in early March, before widespread COVID-19 containment measures that shut down large parts of the global economy. At that time, the OECD still believed the global economy would grow by 2.4 per cent this year.

But the sweeping worldwide containment efforts and the resulting profound economic losses since then, combined with the lack of a definitive path to a vaccine, have drastically altered that outlook.

“Both scenarios are sobering, as economic activity does not and cannot return to normal under these circumstances,” OECD chief economist Laurence Boone wrote in the new report. “By the end of 2021, the loss of income exceeds that of any previous recession over the last 100 years outside wartime, with dire and long-lasting consequences for people, firms and governments."

The OECD’s outlook is the bleakest yet from the world’s major international economic bodies. Earlier this week, the World Bank issued a new outlook predicting that global GDP would contract by 5.2 per cent this year.

The International Monetary Fund projected in mid-April that the world economy would shrink by 3 per cent, but it is scheduled to update that forecast on June 24. IMF chief economist Gita Gopinath recently told The Globe and Mail that “we are very likely to downgrade” that projection.

Looking at Canada, the OECD forecasts that GDP will contract by 8 per cent this year without a second wave, and 9.4 per cent if a second lockdown is necessary. That’s a deeper slump than predicted by economists at Canada’s major banks, whose contraction forecasts range from 5.9 per cent to 7.5 per cent.

“The rebound will not be dynamic enough for output to attain pre-COVID-19 levels by the end of 2021 under either scenario,” the OECD predicted.

“Gaps in [government] support need to be dealt with as they appear, especially among vulnerable groups, including aboriginal communities. The oil sector shock should be used as an opportunity to accelerate green transition,” the report recommended.

Globally, the OECD warned that the pandemic “has accelerated the shift from ‘great integration’ to ‘great fragmentation,’ ” as containment measures have raised sizable barriers to trade and supply chains. It stressed that international co-operation, as well as continuing fiscal supports, will be critical to maximizing the recovery and minimizing the lasting damage as economies reopen.

“How governments act today will shape the post-COVID world for years to come,” OECD Secretary-General Angel Gurria said in a news release. “International co-operation, a weak point so far in the policy response, can create confidence and have important positive spillover effects.”

“Extraordinary policies will be needed to walk the tightrope towards recovery," Ms. Boone added, cautioning policy makers from retreating too soon from emergency spending measures.

“Higher public debt cannot be avoided, but debt-financed spending should be well-targeted to support the most vulnerable, and provide the investment needed for a transition to a more resilient and sustainable economy,” she said. 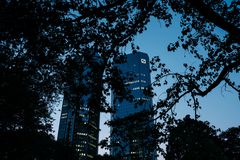 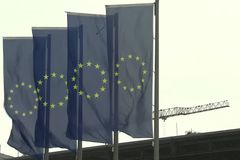