Crude oil prices fell to their lowest point in more than a year amid growing concerns that the coronavirus outbreak is weighing on the global economy and quickly sapping demand for fuel.

West Texas intermediate oil slumped to US$49.91 a barrel early Monday, the first drop below US$50 since January, 2019, and down sharply from levels above US$60 early this year. Prices for Brent crude, the international benchmark, have also fallen.

Demand for crude oil has quickly dropped as refineries in China curtail production to reflect lower requirements for fuel in the country. A broad shutdown of economic activity and travel in areas affected by the coronavirus outbreak means tens of millions of citizens are staying in their homes in a bid to slow the spread of the virus.

Refiner Sinopec Corp. told its facilities to slash throughput this month by about 600,000 barrels a day, or 12 per cent, the steepest cut in more than a decade. Independent refineries in Shandong province, which collectively import about a fifth of China’s crude, cut output by 30 per cent to 50 per cent in a little more than a week, executives and analysts said.

“The coronavirus presents the first major test to oil demand since the 2008 financial crisis ... and is really taking the oil industry hostage at this point," he said. Demand for jet fuel has also plunged, Mr. Tran said, with more than 3,000 flights cancelled by the Chinese government just this past weekend.

“For oil demand, given the severe travel restrictions, I think you can see a situation where jet fuel demand is sharply lower and gets worse before it improves,” he said.

Oil’s sharp drop in price has the Organization of Petroleum Exporting Countries and its allies considering cutting their oil output by a further 500,000 barrels a day in an effort to firm up prices, according to reports.

WTI settled at about US$50.10 a barrel late Monday. Prices for heavy Canadian oil have also dropped, adding to challenges facing Canadian oil producers. Western Canadian Select prices have fallen to about US$30 a barrel, down from levels around US$40 early this year.

Analysts say the full impact on oil is as tough to predict as the path of the virus itself, which by Monday had infected more than 17,000 people across the globe and killed 361, according to the World Health Organization.

Oil isn’t the only market victim of the outbreak. Over the past week various investor reports from banks have warned of hits to the price of commodities ranging from wood pulp to fertilizer, metals, oil and gas. China is among the biggest drivers in global growth of most commodities.

OPEC and its allies including Russia, known as OPEC+, are considering holding a ministerial meeting on Feb. 14-15, an OPEC+ source told Reuters, than a current schedule for a meeting in March.

Oil has fallen US$10 a barrel this year to US$56, lower than the level many OPEC countries need to balance their budgets. The coronavirus outbreak in China could cut oil demand by more than 250,000 barrels a day in the first quarter, analysts and traders say.

OPEC+ has been reducing oil supply to support prices, agreeing in December to cut output by 1.7 million barrels a day until the end of March. 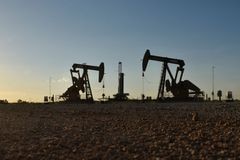 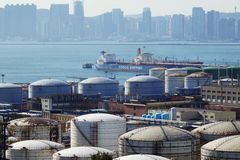 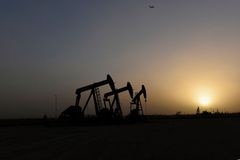