Oil prices rose on Thursday to the highest in more than a month, extending gains on growing evidence of disruptions to crude supply from Iran and Venezuela and after a fall in U.S. inventories.

A rally that started earlier in the day accelerated as U.S. crude rose above $70 a barrel, and more speculators entered the market, said Bob Yawger, director of futures at Mizuho in New York. “There are pretty good tailwinds here that will keep people jumping on board,” he said. Brent’s wide premium to WTI is likely to encourage exports of U.S. crude, keeping U.S. inventories lower and boosting activity following weekly inventory data, he said.

Brent has risen by almost 10 per cent over the past two weeks on widespread perceptions that the global oil market is tightening and could run short in the next few months as U.S. sanctions restrict crude exports from Iran.

“There are a lot of supportive factors here,” said John Kilduff, a partner at Again Capital Management in New York.

In addition to support from geopolitical events, natural disasters could impact the market if a potential storm system currently off the coast of Africa strengthens and heads to the Gulf of Mexico, he said.

Iranian crude exports are likely to drop to a little more than two million barrels per day (bpd) in August, against a peak of 3.1 million bpd in April, as importers bow to American pressure to cut orders.

The Organization of the Petroleum Exporting Countries, in which Iran is the third-biggest producer, will discuss in December whether it can compensate for a sudden drop in Iranian supply after sanctions start in November, the head of Iraq’s state oil marketer SOMO, Alaa al-Yasiri, said on Wednesday.

Crude exports from crisis-struck OPEC member Venezuela have also fallen sharply, halving in recent years to about one million barrels per day.

U.S. commercial crude inventories fell by a larger than expected 2.6 million barrels in the week to Aug. 24, to 405.79 million barrels, the Energy Information Administration said.

U.S. production was flat from the previous week’s record of 11 million barrels per day.

The International Energy Agency (IEA) has warned of a tightening market toward the end of the year because of falling supply in countries such as Iran and Venezuela combined with strong demand, especially in Asia.

“Definitely there are some worries that oil markets can tighten towards the end of this year,” IEA Executive Director Fatih Birol told Reuters on Wednesday.

“As Iranian oil exports are lost to the market, Venezuelan production continues to decline, Angola struggles to maintain output and Libya is subject to episodic outages,” he told the Reuters Global Oil Forum.

“The path of least resistance (for prices), at least in our view, is up.”

Still, the market could face renewed headwinds from uncertainty about growth in emerging markets, said Again Capital’s Kilduff. “What’s been holding us back is demand concerns. We thought Argentina was put to bed and it is a detracting factor.”

Argentina’s central bank on Thursday yanked up its benchmark interest rate to 60 per cent from 45 per cent in a bid to control inflation running at more than 31 per cent as the country’s currency plummeted 15.6 per cent to a record low 39 pesos per U.S. dollar. 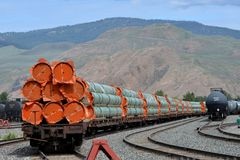 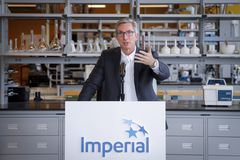 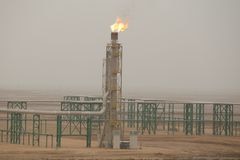