Steven ChaseSenior parliamentary reporter
Published May 17, 2021 Updated May 18, 2021
Comments
Text Size
Please log in to listen to this story. Also available in French and Mandarin. Log In Create Free Account

Canada warned against the United States shutting down Enbridge Line 5, a crucial petroleum supply for Ontario and Quebec, on the eve of talks regarding the new NAFTA deal.

In a readout from the Ng-Tai talk, the Canadian government said the Trade Minister “noted the importance of the continued safe operation of Line 5.”

Michigan Governor Gretchen Whitmer, a Democratic ally of Mr. Biden’s, is trying to shut down Line 5, citing the risk of oil spills into the Great Lakes from where the pipeline crosses the Straits of Mackinac in the northern part of her state.

Enbridge, which has challenged her move in court, has said it will continue to operate the pipeline in defiance of Ms. Whitmer’s shutdown order, but Michigan’s Attorney-General remains intent on obtaining a court order that would enforce her notice to cease operations.

The petroleum pipeline is a vital energy source for Ontario and Quebec, carrying up to 540,000 barrels a day from Alberta and Saskatchewan through two Great Lakes states before re-entering Canada at Sarnia, Ont. The Canadian government has warned a shutdown would represent a threat to this country’s energy security.

Enbridge and the state of Michigan are in court-ordered mediation talks, which are scheduled to continue this week.

Last November, Ms. Whitmer revoked a permit first granted in 1953 that allows Line 5 to cross the Straits of Mackinac, a waterway that divides Michigan’s upper and lower peninsulas. Enbridge argues that only the federal government can make decisions about the safety of the pipeline and is proposing to build an underground tunnel that it insists would eliminate any risk of oil spills.

In a guest column in The Washington Post last Friday, Ms. Whitmer defended her right to shut down the pipeline, saying, “Enbridge is flat wrong in its absurd argument that Michigan, having said yes in the 1950s, cannot say no today.”

The Biden administration appears in no hurry to help Canada resolve this matter. U.S. Energy Secretary Jennifer Granholm declined to take a position on the dispute when asked about it May 11, noting it remains before the courts.

“We don’t wade in on that,” Ms. Granholm said. “It will be decided in court.”

The Canadian Chamber of Commerce has warned of significant disruption to fuel supplies to Canada’s two most populous provinces if Line 5 ceases operation, while the federal government has warned that a shutdown would represent a threat to the country’s energy security.

As Ottawa wrote in a legal filing May 11, “Line 5 supplies approximately 66 per cent of Quebec’s crude oil needs and about 50 per cent of the [petroleum] used by Ontario’s refineries to make gasoline and other fuels.”

The Canadian government has warned it is prepared to intervene in the matter, even if that means invoking a 1977 treaty between Canada and the U.S. that was designed to ensure “uninterrupted transmission by pipeline” of petroleum passing through each side’s territory. The treaty says the only justifications for impeding the flow are natural disasters or emergencies – and these may only be temporary interruptions. It also sets up binding arbitration for disputes.

So far, Canada has held off invoking the treaty as it watches the court case unfold.

Enbridge says Line 5 has never leaked into the Straits of Mackinac, but critics note it has leaked elsewhere along the route. They also point to 2010, when another pipeline operated by Enbridge, Line 6B, ruptured and released 3.3-million litres of oil into a tributary of the Kalamazoo River. That became one of the largest inland oil spills in U.S. history and took five years to clean up.

Dairy is also expected to be a hot topic during the talks: The U.S. served notice in December under USMCA that its producers are being denied rightful access to a share of the Canadian market. 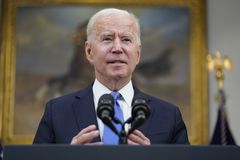 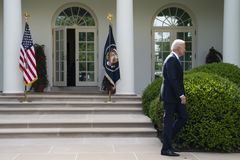