When Dezso Horvath arrived at York University’s business school in 1976, he discovered a “very sleepy environment that was not demanding enough.” Tuition fees were meagre. So too was faculty pay. And the business school – then known as the Faculty of Administrative Studies – produced very little academic research.

But Dr. Horvath, a visiting professor, discovered much to like. He was given leeway to teach business strategy as he saw fit, scrapping the case studies that were standard in management education in favour of theoretical research from an emerging field.

His classes proved immensely popular. Within weeks of his start, the business school’s dean at the time, Wallace Crowston, asked him: “Can you stay with us forever?”

It’s not been forever, but close enough.

Dr. Horvath, a York faculty member since 1977, is the longest serving dean of a Canadian business school, a position he’s held since 1988 and will vacate at the end of June.

Over three-plus decades, Dr. Horvath has presided over the transformation of what’s now called the Schulich School of Business. The school has expanded beyond its hub in northern Toronto to include campuses in downtown Toronto and Hyderabad, India. Today, upward of 1,600 people graduate annually from a multitude of programs – everything from the traditional Master of Business Administration to master’s degrees in finance, marketing and real estate.

To increase diversity at the top, show them what it looks like to be there

“The progress of Schulich is amazing, because of [Dr. Horvath’s] ability to stick to a long-term plan and pivot” when necessary, said Janice Fukakusa, chancellor of Ryerson University and former chief financial officer at RBC, who was taught by Dr. Horvath and graduated with an MBA in 1979. “He is very tenacious.”

Born in Hungary in 1943, Dr. Horvath and his parents fled to Sweden after the Hungarian Revolution of 1956. He became an electrical engineer, but the lure of academia proved irresistible and he pursued advanced degrees, focusing on business strategy.

After his initial teaching stint in Canada, Dr. Horvath returned to Sweden. York sent an associate dean on a cross-Atlantic trip to persuade him to return. It was a successful mission.

“I was thinking about maybe two, three years in Canada,” he said. “I really liked Toronto, I must say. Even in Sweden, I had to learn Swedish early on very, very fast, and speak it like native Swedes. Yes, they are open to foreigners, but they also recognize when you’re not Swedish. Here in Canada, I had my accent – nobody cared about that.”

About a decade later, the deanship became available. As Dr. Horvath recalls, three or four people were serious contenders. His pitch was simple: “If you choose me, I’ll take you global.”

At the time, globalization wasn’t part of the corporate lexicon, he said. Canadian business schools generally weren’t thinking beyond domestic borders. Foreign students enrolled in U.S. schools – but mostly to learn about the United States. There was a clear opportunity.

Dr. Horvath got the job, and then got to work. Within two years, York had launched an international MBA program, which requires working abroad. More recently, Schulich has added an MBA program in India, with students splitting their time between Toronto and Hyderabad, where its campus has been open since 2014. The student body has also become more diverse: In a typical year, about 50 per cent of Schulich’s graduate students come from abroad.

“We should not only be competing with Canadian schools,” Dr. Horvath said. “We need to compete with the very best worldwide.”

As the corporate world has changed, Dr. Horvath has adjusted Schulich’s offerings. He pointed out that MBA programs are producing executives who are too expensive for some companies, while not offering the specialization that some students desire. To that end, Schulich has added a variety of master’s degrees, including in artificial intelligence and business analytics.

“Generalist MBAs were great when I graduated,” Ms. Fukakusa said. But schools have needed to specialize, she added, “because business changes and morphs so quickly.”

In the 2019-20 academic year, there was higher intake of master’s students (475) than MBA students (390) for the first time. Dr. Horvath expects the master’s intake will rise to as many as 600 students in the next year or two. It’s part of a deliberate strategy, he said, to create novel programs and avoid those areas already saturated by other schools.

“Don’t play chess with Kasparov – any other game,” he analogized, referring to Garry Kasparov, the grandmaster ranked No. 1 for two-plus decades. “So we tried to create our own games.”

Dr. Horvath was made a member of the Order of Canada in 2008 and received the Queen’s Diamond Jubilee Medal in 2012. After leaving as dean, he will take a two-and-a-half year sabbatical to write two books, including one on how he built Schulich. He’ll remain involved as dean emeritus and the Tanna H. Schulich Chair in Strategic Management.

Looking back, Dr. Horvath reckons he was dean for nearly 80 per cent of the school’s graduates.

“It doesn’t matter where I go in the world – China, Hong Kong, Russia, the United States, Canada – our graduates are all over, in senior positions,” he said. “I think that’s what I’m most proud of.” 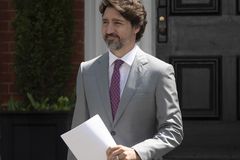 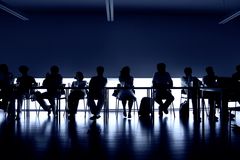