In February, 2017, executives at Maricann Group Inc. put their ambition on display. Holding little back in an investor presentation, they promised their small, but burgeoning, producer “will be one of the world’s leading vertically integrated cannabis companies.”

Maricann wasn’t making money at the time, but management expected to churn out positive cash flow by mid-2018. From there, it would expand into more developed countries, all while profiting off the pending legalization of recreational cannabis in Canada.

Gone are the dreams of global reach. At the moment, Wayland is simply hoping to buy time to restructure because fresh cash has been hard to come by.

Many cannabis producers are suffering during the current market rout, with major players such as Canopy Growth Corp. watching their share prices plummet by more than half in the past six months. A few smaller producers have also faced the same fate as Wayland. Ascent Industries Corp., for one, went into creditor protection last spring after Health Canada suspended its licences.

However, Wayland’s demise stands out because the company was once seen as one of Canada’s most promising producers.

Licensed in 2014, Wayland was one of the first to receive approval from Health Canada to grow cannabis in Langton, Ont., as part of the federal government’s commercial medical-marijuana system. Its early licence provided a substantial head start in the race toward recreational legalization. Wayland was also one of the first Canadian companies to seek global expansion, securing a cultivation facility in Germany and also exporting cannabis to a German distributor that then sells its medical weed to pharmacies.

But starting in 2017, Wayland found itself facing problem after problem – a cascading series of events that led to its potential sale to a cryptocurrency company this past summer, and now, ultimately, filing for bankruptcy protection.

The first woes cropped up in March, 2017, when a windstorm hit Wayland’s Ontario production facility, destroying crops in two of its five greenhouses. Wayland waited six months to disclose the damage. Then, in February, 2018, the company came under scrutiny from the Ontario Securities Commission (OSC) for failing to disclose to investors that its then-chief executive, Ben Ward, was the subject of an OSC investigation for his actions at a previous company. (He has since been charged for allegedly making misleading statements while fundraising.)

The same month, Wayland struggled to raise money after The Globe reported the OSC had opened an investigation into two directors of the company for selling about $8-million worth of shares days before the company announced a $70-million financing in late January, 2018.

After the failed share sale, Wayland’s stock price collapsed throughout 2018, and management spent heavily to promote the company, paying investor-relations firms more than $4.5-million, half in cash, half in shares. On three occasions in 2018, OTC Markets Group, which manages the over-the-counter trading platform where Wayland’s shares trade in the United States, ordered the company to issue clarifying statements about misleading promotional material.

The problems picked up steam this year.

On April 23, Wayland announced it likely wouldn’t file its 2018 financial statements on time. A week later, its shares were placed under a cease trade order.

Then in the dying minutes of Friday, Aug. 2 – the start of a long weekend in Ontario – the company disclosed that Mr. Ward had resigned as CEO, MNP LLP had resigned as its auditor – and there still weren’t any financial statements.

Instead, Wayland announced a deal to sell its Canadian assets to Cryptologic Corp., a cryptocurrency company, and revealed discussions to sell its remaining international business to ICC International Cannabis Corp., an early-stage company built by junior mining financiers.

The sale of the international business has since fallen through because the buyer did not provide the $10-million in cash it promised, and the Cryptologic deal is on the rocks – if not cancelled altogether. Cryptologic originally provided a $6.15-million bridge loan to Wayland, but recently informed Wayland it would not provide further funds, according to the bankruptcy-protection filings.

Wayland and Cryptologic did not return requests for comment for this story. 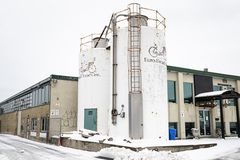 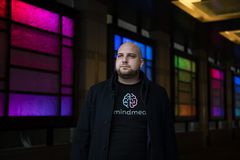 Follow Tim Kiladze and Mark Rendell on Twitter @timkiladze @mark_rendell
Report an error Editorial code of conduct
Due to technical reasons, we have temporarily removed commenting from our articles. We hope to have this fixed soon. Thank you for your patience. If you are looking to give feedback on our new site, please send it along to feedback@globeandmail.com. If you want to write a letter to the editor, please forward to letters@globeandmail.com.
Comments