For decades, New York and Los Angeles have exerted a magnetic pull on Canada’s young artists and entrepreneurs. It has been difficult to resist the star power, richness of opportunity and romantic allure of the two U.S. megacities, but La Mar Taylor and Ahmed Ismail believe there is more reason than ever for Canada’s creative wunderkinds to build their careers at home.

One reason to stay, they say, is Black Hxouse, an incubator the duo launched last year to maximize the potential of creative people of colour by giving them access to capital, mentorship from leaders in their fields and a place to network with like-minded participants in the program. Black Hxouse also provides a space in a bright new waterfront building complex in Toronto for its members – the incubator also calls them tenants – to test their ideas and concepts in front of their peers.

“The validation of going through a system that scrutinizes them and tested their creativity helps them have something on their résumé that they could leverage for what they’re worth financially,” said Mr. Ismail, who has worked in sports and entertainment marketing in Canada and the U.S. with his company, Influencers PR. He says the program has helped some tenants connect with multinational brands.

“Tenants coming out of the program have gotten enough recognition through our co-sign that they are getting work abroad without leaving,” he said. “We’ve seen a lot of guys work on big campaigns, international companies like Mercedes and Adidas. They’re doing big things.”

Black Hxouse lives within Hxouse, a project Mr. Taylor and Mr. Ismail launched with pop superstar The Weeknd in 2018 to give Toronto’s creative talent the resources it needs to stay local. The name is a play on The Weeknd’s XO record label and creative brand, of which Mr. Taylor is the creative director. All three Black men are from Scarborough, in Toronto’s east end, and they created Black Hxouse to eliminate barriers for people of colour who may lack the necessary capital and connections to make a leap in their careers.

“It’s really just making it easier for a lot of the people coming up creating more pathways to success and just really opening up the Rolodex,” Mr. Taylor said. “Hopefully, instead of going abroad, they plant the flag in their hometown.”

Black Hxouse is backed by Toronto-Dominion Bank, and Mr. Ismail said the bank was an explicit choice. “I had to see who spends the most on the community. On music, TD Jazz Festival. On LGBTQ, they are the biggest supporters of Pride … so TD was No. 1 for me.”

The partnership with TD will continue through Black Hxouse’s L.I.F.E. entrepreneurship incubator for BIPOC participants (Black, Indigenous and people of colour). L.I.F.E. stands for Leadership Investment For Entrepreneurs and is currently accepting applications. It will give young entrepreneurs up to $25,000 to scale their businesses, and distribute $100,000 in total. Mr. Ismail’s goal is for the pot of money to grow each year.

“I need people in our community to be like, wow, that person just won money for doing something amazing,” Mr. Ismail said. “It’s a party. But the party’s agenda is education and opportunities. People in the audience are educating themselves to be the next person up on that stage.”

Mr. Ismail says he could have found many corporate partners eager to stamp their logo next to his, but he wanted one that is invested in results, rather than taking credit for appearing to support diversity initiatives.

“What we started to see after the George Floyd incident is people looking for gold stars to sit next to Black people,” he said.

“Those gold stars come via, ‘sign this pledge, sign this petition, sign this stuff that you don’t care about and will not do,’ and it just makes you feel better … People in the corporate community undeservedly want gold stars for work that they haven’t started, and work that they’ll never complete. And that needs to change because we can’t validate their inaction by doing a disservice to our own community.”

Community service is core to Dwayne Delves’s mission. Mr. Delves, a Black Hxouse tenant, operates Body By Chosen, a gym that focuses on boxing and body-weight training. His company has two locations in the Greater Toronto Area, and he is working on opening a facility in Los Angeles.

“We don’t have a lot of equipment because we want people to understand that your body is the equipment,” he said.

He started his business in 2008, training clients such as Mr. Taylor, who says Mr. Delves changed his life.

“I had a very unhealthy lifestyle. I wasn’t sleeping, wasn’t eating properly, drinking a lot, doing drugs and he came and changed my life as far as my discipline, what I did for my body,” Mr. Taylor said.

Mr. Delves credits Black Hxouse for helping him to expand his business and win grants that further his community service work. Mr. Delves hails from Rexdale, a low-income area in Toronto’s northwest corner, where opportunities can be scarce. Mr. Delves provides free boxing classes to at-risk youth, and mentors young men who need guidance. He says Mr. Taylor has been an integral in connecting them with job and apprenticeship opportunities.

“A lot of the kids that he helped, I feel like he saved because a lot of the communities we’re working with are in high risk communities.”

For Asha Mohamed, Black Hxouse helped her make a sharp pivot in her career. She entered the program as a sound engineer, with a plan to grow her recording studio business. But she emerged from it co-founding a business called Toronto Kayaks, which rents eye-catching boats to a young crowd.

Working with Loveleen Kaur, her mentor and Hxouse’s program manager, Ms. Mohamed says she realized an opportunity to apply her skills in a different way.

“I said, ‘You know what, I could expand outside of music,’ ” she recalled.

Ms. Mohamed’s kayaks are clear, with glowing LED lights, and a Bluetooth speaker to link to your phone and play music. She was inspired by boats in the Caribbean that have glass bottoms meant to highlight the clear, sparkling waters.

The business has attracted experienced kayakers, Ms. Mohamed says, as well as a young, racially diverse crowd trying it out for the first time. The four-person company, which started in June, is expanding to Edmonton.

Ms. Mohamed is no longer a tenant, but says her relationship with Black Hxouse hasn’t ended. She says she built a strong network there that will boost her career moving forward.

“From my point of view, it’s a never-ending mentorship program,” she said. “This program is one of one, it’s unique, it’s amazing. It’s not just the program, the panels; just the opportunity to meet girls and people who think like you, that alone is worth millions.” 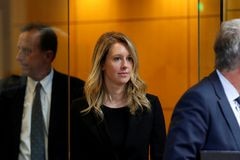 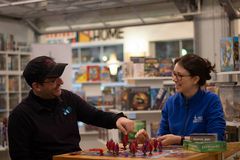 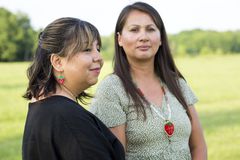