OneWeb, the London-based space internet venture that emerged from bankruptcy proceedings last year, has launched a fresh batch of satellites and plans to start offering services in Canada by the end of the year, its chief executive says.

Neil Masterson, who took over as CEO of OneWeb late last year after the company raised fresh funds from the British government and Bharti Global Ltd. of India, says the operator is in talks with Canadian telecoms, local internet providers and municipal governments about providing them with broadband connectivity from its constellation of low-Earth orbit (LEO) satellites.

Unlike geostationary satellites, which follow an orbit that keeps them over the same spot on the Earth’s surface, LEO satellites circle the planet several times a day. Their closer proximity to the Earth cuts down on the distance that signals need to travel, reducing the lag time, which is known in the industry as latency.

OneWeb successfully launched 36 satellites from the Vostochny Cosmodrome, a Russian spaceport, last week. The launch, the second under its new ownership, brings its total to 146 satellites in orbit – roughly one-fifth of the way to its planned constellation of 648. OneWeb is planning three more launches this year, which will give it connectivity in all regions north of 50 degrees latitude.

“That means we will be able to provide broadband access to the remotest parts of Canada, which we’re very excited about,” Mr. Masterson said in an interview.

The launch comes amid heightened competition in the global race to provide broadband from space. Tesla Inc. founder Elon Musk’s Space Exploration Technologies Corp., known as SpaceX, has already begun beaming internet directly to customers in remote areas in Canada, the United States and Britain as part of a beta test.

Other competitors in the LEO industry include tech giant Amazon.com Inc., which is planning a 3,236-satellite constellation called Project Kuiper, as well as Ottawa-based satellite operator Telesat.

“We think the market’s big enough for all of us,” Mr. Materson said, noting that the space communications industry is growing rapidly because of the world’s insatiable appetite for bandwidth. Satellites are able to provide connectivity to remote areas where laying fibre-optic cables is prohibitively expensive.

Telesat, which already operates a fleet of geostationary satellites roughly 36,000 kilometres above the Earth, announced last month that it has chosen French-Italian aerospace manufacturer Thales Alenia Space to build its US$5-billion LEO constellation, dubbed Lightspeed. The company, which is slated to go public later this year, has also attracted a $400-million investment from the Quebec government and expects to begin offering service in Northern Canada by the end of 2023, with full global coverage in the second half of 2024.

Unlike SpaceX, which beams internet directly to consumers, OneWeb and Telesat are focusing on serving businesses and governments, and partnering with telecom providers to fill in the gaps in their networks.

OneWeb is also in talks with local municipalities, Mr. Masterson said. “There’s a series of communities we’re in discussion with right now where we can just drop in, put a terminal in there and cover an entire village.”

The company expects to have global service available in 2022. 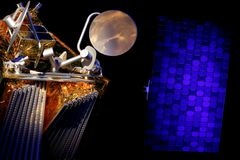 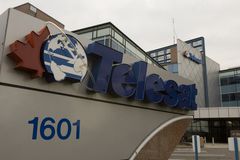 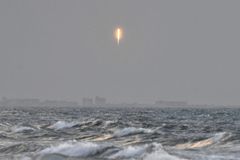