Christine DobbyCorporate law reporter
Published May 26, 2019 Updated May 27, 2019
For Subscribers

To deliver high-speed internet to the Canadian North, airplanes, ships at sea and other hard-to-reach spots, a handful of businesses are spending billions of dollars to go to space – specifically, the space about 1,000 kilometres above Earth, where thousands of small satellites could soon be in orbit.

The opportunity has spurred a flurry of fundraising efforts, rocket launches – to send the initial batches of satellites into space – and big promises. In an interview, the chief executive of Virginia-based OneWeb, a leading player in the increasingly crowded market, says his company will offer internet service in Canada within the next two years.

If all goes according to a number of ambitious business plans, competing low Earth orbit (LEO) “constellations” of satellites will circle the planet multiple times a day, sending and receiving huge amounts of data to and from customers and base stations on the ground. The success of this vision hinges on a combination of factors: the ability to cost-effectively launch hundreds of satellites into space; the remote management of those huge, distant constellations; and the development of inexpensive base station terminals with advanced antenna technology to receive the signals.

Governments around the world are interested in the technology as a means to bridge the rural/urban digital divide. Canada’s federal budget this year promised an unspecified amount of funding for LEO projects as part of a broader, $1.7-billion investment in rural internet over 13 years.

If the main players in the LEO market can make it work, it could offer ubiquitous coverage, more data capacity and much less lag time than existing service, which requires sending signals to satellites about 36,000 kilometres away. And as demand for data soars, investors see the potential to make money from rural internet users, aeronautical and maritime business customers and government clients alike.

Elon Musk’s SpaceX launched 60 small satellites last week, a first for the Tesla Inc. founder’s internet service startup Starlink, which says it hopes to eventually have 12,000 in orbit. Telesat Canada has a test satellite of its own in orbit and plans to build an LEO constellation with almost 300 more.

And OneWeb, which has raised US$3.4-billion from a host of big-name backers, primarily Japan’s Softbank, launched six satellites in February and says it will soon increase the pace of launches, bringing the prospect of actual internet connections closer to reality.

“We’re charging ahead. This system is getting built,” Adrian Steckel, who has been CEO of OneWeb since September, told The Globe and Mail Friday. “We will be giving service to Canada and Alaska in late 2020 or early 2021.”

The company says the “first deployment” of its system will total 650 satellites, followed by a later launch of bigger satellites with more capacity, for a total of 2,000. But to start, it will launch 34 each month beginning this December.

Owing to the design of the OneWeb constellation, Mr. Steckel said there will be a higher concentration of satellites orbiting the poles, which will make service possible in the North first. He said OneWeb is negotiating a contract with a Canadian distributor (he won’t say who) that will sell the service to customers.

“We think competition is good. It makes everybody better. … Every system will have advantages and disadvantages, but the world is a big place, so I don’t think it’s a crowded market,” he said, adding, “We think that we are the first mover.”

Telesat CEO Dan Goldberg says his company will take more time, with plans to begin its own launches in late 2021, start offering service in 2022 and have the full constellation in orbit in 2023. But he says the 50-year-old satellite operator’s experience in the space communications market and the LEO technology Telesat has developed will be its advantages.

He said he does not believe the initial OneWeb constellation will have enough capacity to give Canadian rural internet users the service they want. Telesat’s technology, on the other hand, will include “steerable” antennas on each satellite that will allow the company to redirect capacity between satellites, he explained. For example, the bandwidth from a satellite orbiting over the middle of an ocean could be diverted to serve a rural community somewhere around the world.

For his part, Mr. Steckel acknowledges that technology is a factor, but says he believes it will eventually matter less. “Over time, everybody will get access to the same technology or the technology will become similar," he said, using consumer preference for iPhones or Google smartphones as an example. “Both more or less do the same thing.” 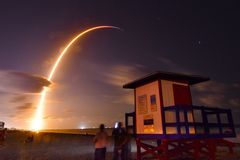 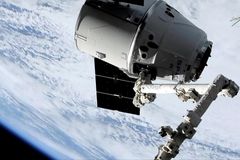 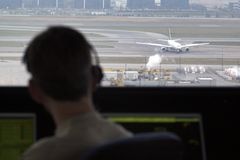