The takeover cleared the final regulatory hurdle on Tuesday evening, with a ruling from the Canadian Transportation Agency (CTA) that said WestJet and its subsidiary airline Swoop Inc. would continue to meet Canadian ownership laws after the takeover.

The deal, jointly announced in May and approved by WestJet shareholders in July, takes private Canada’s second-largest airline for $31 a share or $5-billion, including assumed debt.

The CTA said Onex must amend its bylaws to require any matters that affect the two airlines are voted on at board meetings where a majority of Canadian directors are present.

The agency’s determination that WestJet and Swoop Inc. would remain Canadian is on the condition that Onex amends its bylaws to ensure that any matters pertaining to and affecting WestJet Airlines Ltd. and Swoop Inc. are voted on at board of directors’ meetings where a majority of Canadian directors are present.

Onex said on Wednesday that WestJet shares will be delisted from the Toronto Stock Exchange within a few days. Shareholders will not receive the Dec. 31 quarterly dividend because the deal closed before Dec. 18, Onex said.

Ed Sims, WestJet’s chief executive officer, said in an interview he felt “relief and a strong sense of satisfaction in a job well done.”

“This is the largest private equity deal in aviation history and the reason for that, which is moving from public to private, is complex when you are building different entities against the financial structure of private equity,” said Mr. Sims, who said he plans to stay on as CEO. “It’s been an interesting education for us in running an airline by day and a deal by night.”

The International Air Transport Association, an industry group, released a gloomy report on the airline sector on Wednesday, pointing the grounding of the Boeing 737 Max, slowing economic growth and global trade tensions.

WestJet cut its capacity growth in February then suspended its 2019 financial outlook due to the Max grounding, which Mr. Sims called “very frustrating.”

WestJet first flew in 1996 with three planes, establishing itself as a no-frills regional upstart based in Calgary. It became a publicly traded company three years later, at $10 a share.

WestJet employs 14,000 people and has about 180 planes that serve more than 100 destinations.

Onex slashed its offer for WestJet from $35.75 a share after reviewing the airline’s finances. Onex cited uncertainties that included the grounding of the Boeing 737 Max passenger jets. WestJet owns 13 of the planes, which are not permitted to fly until Boeing fixes flight control problems blamed in two fatal crashes of the Max.

WestJet’s takeover comes as Transat A.T. Inc., a leisure carrier based in Montreal, is being purchased by Air Canada. Transat shareholders in August approved Air Canada’s offer worth $18 a share or $720-million in cash. The deal is subject to approvals by the federal government. ​

Air Canada had filed a CTA challenge to the Onex-WestJet deal, arguing Onex’s structure could give foreign investors control of the airlines. Foreign ownership of airlines is capped at 49 per cent. A single foreign investor cannot control more than 25 per cent of a carrier.

WestJet is in the midst of an international expansion aimed at competing with Air Canada. The strategy, coupled with higher fuel prices, has weighed on profits. In 2018, profits fell by two-thirds, year over year, to $91.5-million.

Mr. Sims said in May the company’s long-term plan was unaltered, and is more suited to a company that does not have to account to public shareholders every three months. ​ 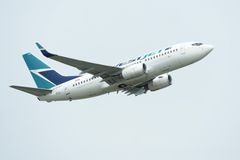 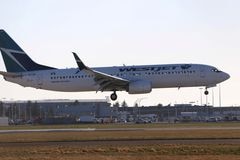 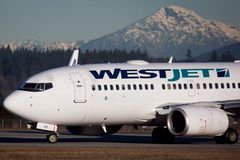