Burgers, chicken and biscuits from Birmingham, Ala., have yielded big bucks for Onex Corp.

Onex did not disclose the sales price, but said that its investment funds put US$234-million of equity into the deal in 2015, and it has received US$835-million, including cash distributions of US$106-million along the way.

Onex’s business raises capital from institutional investors such as public pensions and creates investment funds where Onex invests alongside its partners. In most cases, Onex and its partners will use debt to pay for a significant part of a company, making the deal a “leveraged buyout.” If all goes well, Onex and its partners can receive cash payments from a business’s profits, then ultimately sell it for a higher price, pay off the debt and achieve a significant return on the equity portion of the deal.

That strategy seems to have succeeded here. Onex itself invested US$79-million in Jack’s, and received US$255-million including distributions of US$31-million. The private-equity firm says it returned 3.6 times its equity and achieved an annualized rate of return of 38 per cent.

Onex declined to comment beyond its prepared announcement and Jack’s did not return a phone call Thursday. In a statement, Matt Ross, a managing director of Onex, said 169-location Jack’s “significantly accelerated its growth” during the past four years of Onex ownership and entered “new communities” across the southern United States. In the 2015 announcement of the its investment, Onex said Jack’s had 129 restaurants.

Still, a map of the Jack’s footprint shows there may be a lot of room to expand for the chain. The company started in 1960 as “Jack’s Hamburgers” in Homewood, Ala., now considered a Birmingham suburb. While the chain now reaches Tennessee, Mississippi and Georgia, it operates mostly in Alabama and doesn’t go as far east as Atlanta, or as far north or west as the Tennessee cities of Nashville or Memphis.

Jack’s markets it self as indelibly Southern, with a breakfast menu primarily of biscuit sandwiches, including one with a breaded pork chop, and a lunch and dinner menu heavy on hamburgers and fried chicken. It says its biscuits are “like your me-maw used to make.”

Jack’s isn’t the only purveyor of Southern fast-food.

Earlier this year, two private-equity firms bought Charlotte, N.C.-based Bojangles’ Inc., a chicken-and-biscuits chain founded in 1977 with 759 owned and franchised locations, for about US$600-million. Bojangles’ restaurants extend beyond the Carolinas to nine additional states, as far as Maryland and Pennsylvania to the north and Florida to the south. In documents sent to shareholders explaining the deal, Bojangles’ said it had received bids from two other potential buyers, including “a multinational corporation in the [quick-serve restaurant] sector.”

And Restaurant Brands International Inc., the parent of Tim Horton’s, bought Popeyes Louisiana Kitchen Inc. in 2017 for US$1.8-billion. It’s added 500 locations in two years, bringing the store count to 3,100, and is adding restaurants in Canada.

Still, competition in the sector is tough. Moody’s Investors Service, in a recent update on Bojangles', said the company was constrained by its “weak operating metrics, relatively small scale, and geographic concentration.” Still, Moody’s said, Bojangles’ benefits from above-average sales per restaurant in its core markets and its biscuits help even out sales throughout the day. 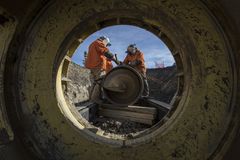 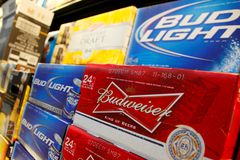 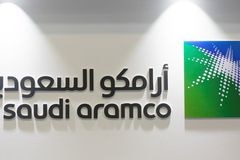