Sean SilcoffTechnology Reporter
Published May 24, 2021 Updated May 24, 2021
For Subscribers
Comments
Text Size
Please log in to listen to this story. Also available in French and Mandarin. Log In Create Free Account

Markus Frind has made some eclectic investments since earning his fortune in online dating. The Vancouver billionaire has become a big player in B.C. wine, controls furniture e-tailer Cymax Group and co-owns a steel mill.

Now he’s returned to matchmaking of a sort. Since the fall of 2019, the Plentyoffish.com founder has sunk $23-million into RVezy Inc., an Ottawa startup that connects owners of recreational vehicles with renters through its eponymous online marketplace. Think of it as the Airbnb of RVs.

“I looked at the website and said, ‘Ah, RVs, this is similar to dating,’” Mr. Frind recalls. “I understand marketplaces, how they work and their economics. I thought, this looks interesting but there’s so many things I could do here.”

His investment looks well-timed as COVID-19 restrictions ease and many cooped-up North Americans prepare to “revenge travel” this summer. While flights and cruises are still a risk and international borders are closed to leisure travellers, self-contained motorhome trips closer to home have proven a popular choice in Canada and the United States. Since late February, RVezy has regularly surpassed $1-million in weekly bookings and is on track in 2021 to more than double last year’s $20-million total. After launching in the U.S. in August, RVezy has 7,000-plus RVs listed there, slightly more than in Canada.

It’s not a passive investment for Mr. Frind, but a passion project. Unlike typical investors who provide startups strategic advice and connections, the data mining whiz has delved deeply into RVezy’s code and data to do what he does best: tweak and optimize its ability to get noticed and generate transactions. He even built his own mini-analytics system to assess the value of every user and traffic and growth by city. “I typically focus on two things – how you can spend less money [on marketing] and how you can make more money, because I don’t believe in losing money,” says Mr. Frind, who sold Plentyoffish to Match Group for US$575-million in 2015.

The deep involvement of one of Canada’s most prosperous digital entrepreneurs is welcomed by RVezy’s gregarious co-founders, who are not technologists and face well-funded U.S. rivals RVShare LLC and Outdoorsy Inc.

RVezy chief executive officer Will Thompson, 45, is a former military reservist who served in Afghanistan and was a top-performing sales executive with IT consultancy Modis. Chief operating officer Michael McNaught, a buddy, is a 37-year-old former police officer and former competitive bodybuilder who moonlighted for years as an entrepreneur. Mr. McNaught owned rental properties, bought and sold cars, and in 2014 paid $16,000 for a used RV. He rented it out for $15,000 that year and thought of buying a fleet.

Mr. McNaught was attacked while making an arrest in April, 2016, sustaining permanent damage to a tendon in his right arm that limited his abilities to do police work. While recovering he and Mr. Thompson decided to start a marketplace for RV rentals. They raised funds from friends and family, including retired broadcaster Kevin Newman, who once interviewed Mr. Thompson. Mr. Newman couldn’t believe it when he went to the Havelock Country Jamboree with them and saw acres of RVs. “This was a lot bigger than I thought. I hung out and watched Mike pitch [RV owners to join RVezy] and kept getting more interested,” says Mr. Newman. He invested $25,000.

The pair evolved from handling transactions by e-mail and phone to building an automated online platform. Working with insurance brokerage Aon, they convinced Intact Insurance to create specialized rental contract coverage for RV owners. They secured $150,000 from entrepreneur Michele Romanow after appearing on Dragons’ Den, and recruited her to help sign up RV owners during the 2018 Boots and Hearts Music Festival. “This is how they were getting supply in the early days,” Ms. Romanow said. “Marketplaces are so hard to build, but even at the early stages you could tell they had so much grit and ability.”

They also began to win over RV dealers. “I think every dealer thought, oh, it’s competition,” said John Krohnert, general manager of Platinum RV in Erin, Ont. Then he realized it would cost less and save time to list his trailer rental fleet on RVezy than handle it in-house. “They bring a great clientele and run a tight ship,” he said. “I find it more profitable to rent through RVezy,”

RVezy, which charges a 25- to 30-per-cent fee per transaction, generated $500,000 in gross sales in 2017 and $3-million in 2018. By mid-2019 they had $12-million in annualized sales and were fielding unsolicited takeover offers when they asked an adviser with Welch Capital Markets in Ottawa to help raise capital. To their surprise, Mr. Frind responded to a cold e-mail seeking investment; he was intrigued but wanted to dive into their data.

The group flew to Vancouver to meet Mr. Frind. He grilled them “three times harder” than other investors, asking specific questions about their technology, marketing and running queries in their database “that gave us insights into the business that we didn’t even know,” said Mr. McNaught. “We had this mindset of being data-driven but I don’t think we understood what being data-driven was until Markus came along.”

Mr. Frind invested $3-million that fall, convinced he could drive meaningful improvements by helping RVezy wean itself off marketing tools from Google or Facebook and instead record and track its own data to develop a deep sense of where visitors came from and when, and what kind of marketing worked best on whom. By slicing and splicing data “until you find something that’s usable,“ he helped RVezy cut costs to secure renters and owners, he says.

Mr. Frind has been patient and good-humoured with founders who aren’t as tech-savvy as he is, says Mr. Thompson. Mr. Frind in turns says the pair “are great. They listen. They’re very regimented and structured. You give them a mission and they’ll get it done.”

Their take-charge attitude helped when the pandemic arrived, resulting in cancellations and no bookings for six weeks. Facing a cash crunch they temporarily laid off a quarter of staff and cut expenses. They also arranged to supply more than 80 nurses, doctors and nuclear power engineers with shelter, provided by RVezy’s network of RV owners.

Amid the turmoil, Mr. Frind invested another $20-million, telling the duo they should go on the offence by moving quickly into the United States. Within two months, RVezy had its first booking in the U.S.; bookings in Canada surged in May as vacationers flocked to RVezy.

RVezy, with 54 full-time employees, is still trying to get a handle on its potential and unit economics in the U.S. – where the season is longer and renters tend to book more last-minute than in Canada – and navigate continued COVID-19 uncertainties. “It’s hard to know what normal is,” said Mr. Frind.

While demand dipped slightly last month amid lockdown conditions in Canada, “there still seems to be a strong sense of optimism for being able to travel in an RV this summer, even with the restrictions,” said Mr. McNaught. Mr. Frind is also optimistic. “These lockdowns will be done in a few weeks. I think going into summer you’ll see a massive increase in traffic and revenues.” 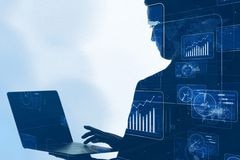 $80-million funding for Vancouver maker of software that is going viral with Silicon Valley sales pros
Subscriber content
May 21, 2021 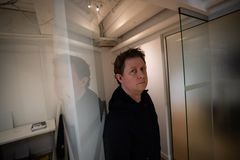 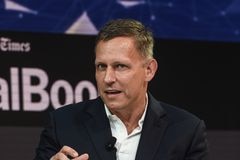