Ontario’s financial industry regulator has unveiled new rules to govern the sale of syndicated mortgage investments to ordinary investors in the wake of failures of high-profile projects affiliated with Fortress Real Developments Inc.

The Financial Services Regulatory Authority (FSRA), a new regulator that launched in June, is asking for public feedback on proposals that would require mortgage brokers to flag risk factors to retail investors who are funding syndicated mortgage loans.

Investors would also be told a project is high risk when there are conflicts of interest if the real estate developer borrowing the funds is not fully independent from the mortgage broker raising the financing from investors.

Huston Loke, executive vice-president of market conduct at the FSRA, said his staff reviewed 246 syndicated mortgage deals completed in recent years, and found those risks were most associated with the greatest harm to investors.

“If they’ve been told that this is a low-risk investment and it’s fully secured and things like that, we want to have it on the record in a form with the regulator’s name on top of it that, in fact, it could be a risky investment," Mr. Loke said in an interview Monday.

Mr. Loke said syndicated mortgage investors have had tragic stories of losses, and effective oversight of the sector is a top priority for the FSRA this year. The new disclosure rules are the first initiative published by his group since the FSRA was launched in June to replace the former Financial Services Commission of Ontario.

“It’s one of the highest priorities. We want to make sure we are providing additional investor protection,” he said.

The rules will not apply to syndicated mortgage investments by investors who have a high net worth and are considered sophisticated lenders.

Mr. Loke said the FSRA does not have the authority to ban the sale of syndicated mortgages to retail investors, but can change the forms and disclosures that must be provided.

Syndicated mortgages are typically financed by a group of investors, and can be used to provide mortgages for a wide variety of real estate deals, from simple residential home purchases to complex preconstruction financing for large-scale development projects.

In recent years, several groups that arranged syndicated mortgage loans from retail investors – including Fortress and the Tier 1 group of companies – have been investigated by police and regulators after investors complained about large losses on mortgage loans that they didn’t understand and were far too unsafe for their investment knowledge and risk tolerance.

Fortress helped raise more than $920-million from 14,000 public investors to finance real estate projects across Canada. Many of the loans are now being administered by a court-appointed trustee that is trying to recover money for the investors.

Toronto lawyer David Franklin, who has represented investors who have faced losses on syndicated mortgages, said he is not convinced that creating a new form with more disclosure will do anything to protect retail investors, who are unlikely to read or understand the details.

“They know that whatever you put out investors don’t read, so why waste time and money doing that," he said.

Mr. Franklin said FSRA staff should seek out information on new syndicated mortgage deals being advertised in ethnic media, at trade shows, or on the radio, and gather information on the projects.

“You can tell if a deal is fraudulent or not, and this way you can stop the fraud while it is ongoing," he said.

Mr. Franklin is also advocating for an investor protection insurance fund, financed by fees charged to mortgage brokers, which would provide compensation to investors when mortgage deals turn out to be fraudulent.

Mr. Loke, however, said he believes many investors will read the risk document because it is short and written in plain language, and they do not have to extract relevant details from a lengthy contract. He said he hopes some people will change their decision to invest when they understand the risks more clearly.

“It does not substitute for people who don’t read anything, but we certainly hope that it helps and provides investor protection for those individuals who are willing to take a look at this and make a decision themselves.”

He said the FSRA will also target supervision of brokerage firms that are doing high-risk syndicated mortgage transactions and take enforcement action such as revoking a broker’s licence or imposing monetary penalties if rules are broken. 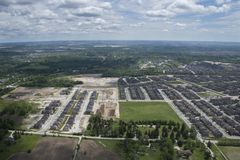 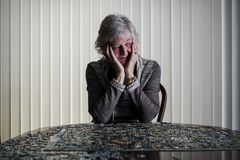 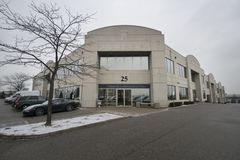