Ontario is scrapping the lottery system it used to award cannabis retail licences and changing to an open licensing model, a move that will vastly expand the number of retail stores in Canada’s largest province and could help the pot industry compete with the black market.

Starting in April, the Alcohol and Gaming Commission of Ontario (AGCO) will award approximately 20 new licences a month, with no cap on the total number in the province. The licences will be given out on a first-come, first-served basis, similar to how Alberta issues private retail licences, with individual companies eventually allowed to own up to 75 stores.

“By the end of the year we’ll probably have an aggregate total of 250 [stores], in that range, and then we’ll see what the market is doing,” Ontario Attorney-General Doug Downey said in an interview.

Ontario has lagged other provinces in legal cannabis store openings. More than a year after recreational cannabis was legalized, there are only 24 legal stores open in the province; a further 42 are expected to open this month.

The number of stores in Ontario has been a major pain point for legal cannabis companies, which are struggling to increase their sales and compete with black-market sellers. Many publicly traded pot growers attributed their poor financial results in recent quarters to a lack of retail outlets.

“Ontario represents 40 per cent of the country’s population, yet has one retail cannabis store per 600,000 people. When one year into the market, the addressable market is nearly half of what is expected, there’s going to be meaningful short-term problems," Mark Zekulin, Canopy Growth Corp.'s former chief executive, said on the company’s most recent earnings call in November.

Provinces with a higher number of stores per capita, such as Alberta, show considerably higher legal sales per capita.

The provincial government announced several other changes to the system, including a “farmgate” provision that will allow cannabis growers to open a store at one of their growing sites, and an increase on ownership caps of retail stores by licensed producers. Producers will now be able to hold 25-per-cent stakes in retail store companies, up from 10 per cent.

“As they move on with open licencing, they need to also address some of the other issues that are hindering the legal market’s ability to compete with the illicit market," said Omar Khan, national cannabis sector lead for the consulting firm Hill+Knowlton Strategies. He cited pricing and a poor e-commerce system.

"There are ways to perhaps even look to the Saskatchewan model where retailers are allowed to negotiate [prices] directly with producers,” he said.

Ontario has followed a convoluted path toward open licensing. When the Progressive Conservatives came to power in the summer of 2018, they scrapped the previous Liberal government’s plans for government-run stores in favour of a private system with open licencing.

The move to a private model was widely applauded by the legal cannabis industry. However, in December, 2018, the government shocked the market by announcing that it was capping the initial number of stores at 25 and awarding licences through a lottery. The government justified that change by citing a shortage of legal cannabis across the country.

“We needed to make sure the stores were viable and that became a supply issue, and now that the supply issue has been resolved and we’ve been given assurances through the OCS store and through the licensed producers, we are now in a position to move forward," Mr. Downey said.

The AGCO will begin accepting licence applications on Jan. 6.

Go deeper into the industry with Cannabis Professional,
The Globe and Mail's authoritative subscription news service. 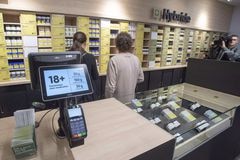 Constellation appoints one of its own as Canopy Growth CEO
Subscriber content
December 9, 2019 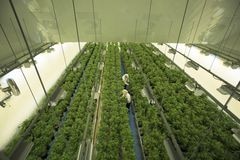 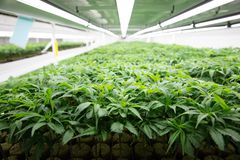