Canadians in four provinces should expect to see a spike in pump prices Monday – the most visible sign of the federal government’s carbon tax that is meant to spur reductions in greenhouse gas emissions but at the same time has sparked a political storm.

As of April 1, the Liberal government’s climate-change levy takes effect in Saskatchewan, Manitoba, Ontario and New Brunswick, four jurisdictions that do not have provincial carbon pricing plans. The tax kicks in at $20 for each tonne of carbon-dioxide emissions associated with the fuel, rising to $50 a tonne by 2022. That’s expected to immediately add 4.5 cents on a litre of gasoline and 5.5 cents on diesel, rising by 2022 to 11.6 cents and 13.7 cents, respectively.

Ottawa has pledged to return every dollar back to the province from which it was collected. Some 90 per cent of the revenue will be channelled to households though a payment called the Climate Action Incentive, which will be delivered annually through individuals’ income tax returns – either adding to a refund or reducing an amount owing. In Ontario, a family of four will receive $307, while a similar family in Saskatchewan will get $609 because of that province’s greater reliance on fossil fuels.

With a federal election looming this fall, the Liberal government opted not to wait until next year to rebate money collected this year. Instead, it is making the payment ahead of time so that voters in the four provinces will see it this spring as they receive their income tax refund or notices of amounts owing.

The remaining 10 per cent of the revenue will go to programs to help to small businesses and the broader public sector – municipalities, postsecondary institutions, school boards and hospitals – find ways to save energy, lower their costs and reduce GHG emissions.

The Canadian Federation of Independent Businesses complains its small-business members will be hit hard because the money they pay in carbon tax will be redistributed to households, while the Ontario government recently estimated the province’s colleges and universities will see their fuel bills rise by $9.8-million this year as a result of the federal levy.

Heading into the fall election, Prime Minister Justin Trudeau is facing a concerted attack from provincial premiers and from federal Conservative Leader Andrew Scheer, who argue the tax is both punishing to Canadian families and ineffective as an environmental policy. This month, an Ontario court will hear the provincial government’s challenge to the constitutionality of the federal levy, even as a ruling is pending on a similar Saskatchewan case.

In their attacks on the federal carbon tax, Ontario Premier Doug Ford and provincial Environment Minister Rod Phillips argue it is not only economically damaging, but ineffective as a tool for reducing emissions.

Consumers are used to seeing gasoline prices quickly change by far more than 4.5 cents a litre based on changes in oil prices and the conditions in North American and local petroleum-product markets. In March, the average Canadian pump price jumped 12 cents a litre to $1.27, according to the Kent Group Ltd., which does a daily survey of major cities.

In the short term, Canadians tend to just absorb the price differentials, said Kent Group consultant Jason Parent. “But over the longer term, for sure, price has an impact on demand, including the kind of cars people buy,” Mr. Parent said.

Proponents of the carbon tax insist there are plenty of international studies to indicate it is an effective emissions-reduction policy. British Columbia’s $30/tonne tax increased gasoline prices by seven cents resulting in a 7-per-cent drop in fuel purchases, according to studies cited by Ecofiscal Commission, a pro-carbon-tax economic think tank.

Mr. Ford and his cabinet ministers will work hard this week to focus attention on the higher pump prices, and other rising energy costs. The tax is levied on diesel, aviation fuel, home heating oil and natural gas. Enbridge Gas – which provides natural gas to much of the province – has applied to the provincial regulator to increase prices 11 per cent, which would drive up the average consumer’s bill by as much as $94 a year.

In an effort to counter that message, federal Environment Minister Catherine McKenna has been working to raise awareness of the rebate that, Ottawa insists, will more than cover the cost of the carbon tax for 80 per cent of households in the four provinces. For the past several weeks, the minister has travelled to H&R Block offices in order to publicize the government’s Climate Action Incentive, which is listed on the tax forms used by people in the four provinces (Schedule 14).

The rebate is paid as a flat amount – regardless of income or the amount of fuel a family uses. For a family of four in Ontario, one adult claims the incentive of $307; that amount is either added to the person’s refund or reduces the amount owing. An individual in Ontario claims $154. While Ms. McKenna has been promoting various energy-saving products that can be purchased with the extra money, individuals can spend it however they chose.

Even with the rebate, the incentive remains for people to reduce their fuel consumption – and hence their emissions – in order to reduce the impact of rising energy costs, Ecofiscal economist Dale Beugin said in an interview. 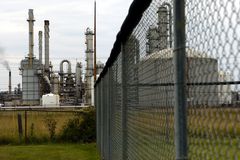 Opinion
When we debate carbon pricing, can we at least stick to the facts?
February 6, 2019 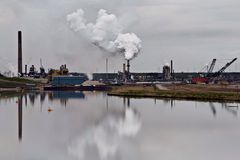 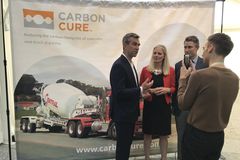