Ontario Power Generation plans to achieve carbon neutrality by 2040, joining a small but growing number of utilities across North America that have made formal commitments.

OPG will announce on Thursday morning its intention to reach “net zero” carbon emissions by reducing direct greenhouse gas emissions from generation facilities, as well as through other measures such as purchasing offsets. Several initiatives are already under way that will help achieve the target, including refurbishment and upgrades to existing facilities. OPG also plans to adopt emerging, unproven technologies, under the assumption they will become feasible and cost-effective in the years ahead.

“The way forward won’t always be clear,” CEO Ken Hartwick acknowledged in a statement. “But we won’t let that lack of perfect clarity stop us from taking action now.”

Xcel Energy, a major U.S. utility active in eight states, was credited as being the first in North America to pledge carbon neutrality two years ago. Relatively few Canadian utilities have followed suit. Hydro-Québec has declared it would become carbon neutral by 2030; SaskPower said it was considering how it might achieve zero greenhouse gas emissions by 2050, but has yet to make a commitment. BC Hydro said it’s been carbon neutral since 2010.

Achieving net-zero would be more difficult for utilities in Alberta, Saskatchewan, New Brunswick and Nova Scotia that still rely heavily on coal. In contrast, OPG’s fleet is already dominated by two low-emission generation technologies: nuclear and hydroelectric. It shuttered the last of its coal-fired power plants in 2014.

OPG’s major initiatives include continuing reactor refurbishments at Darlington Nuclear Generating Station. It will also upgrade hydro facilities, including replacing two obsolete turbine generators at the century-old Sir Adam Beck station at Niagara Falls. The new units are much more efficient, and will add about 125 megawatts in new generating capacity.

Some of its plans are more speculative. Earlier this month, the utility announced plans to build a new nuclear reactor at the Darlington plant as early as 2028. It would be Canada’s first small modular reactor (SMR) for power generation, and the first new reactor in Canada in decades. OPG says it will select a builder by the end of next year.

In the meantime, however, the looming closing of the aging Pickering Nuclear Generating Station may force OPG to rely more on fossil fuels. In April, it controversially finalized the purchase of natural gas-fired plants from TC Energy and rolled them into a new subsidiary, Atura Power.

That drew fire from environmental groups. The Ontario Clean Energy Alliance said the province will see a four-fold increase in greenhouse gas emissions between now and 2040. OPG said it might invest in carbon capture and storage, a technology used to sequester emissions underground.

Government actions are likely to compel more utilities to pursue net-zero targets. U.S. president-elect Joe Biden campaigned on a promise to achieve net-zero emission for the entire U.S. power sector by 2035 – a more ambitious objective than the one set by Canada’s federal government, which has committed to achieving a similar target 15 years later.

“We’ve definitely seen a growing interest in investors to be compliant with the Paris agreement, which means a 1.5-degree world,” she said.

The United Nations Environment Programme has said that in order to limit an increase in the global average temperatures to 1.5 C – beyond which a host of grave impacts such intensifying droughts, storms and sea-level rise are expected – global emissions must fall 7.6 per cent each year between now and 2030. 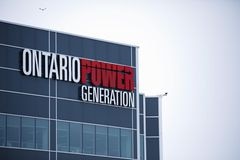 What the death of Ontario’s green energy dream can teach other provinces about the challenges ahead
Subscriber content
June 1, 2020 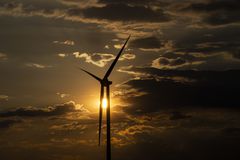