Ontario Teachers’ Pension Plan is facing a gap in one of its key executive positions amid a broader shuffle in the leadership ranks of many of the country’s largest pension investors.

The Toronto-based pension plan said Bjarne Graven Larsen, who joined the plan as chief investment officer in early January, 2016, had recently resigned. Teachers chief executive officer Ron Mock will fill the role of interim CIO while a search for a replacement is conducted.

Mr. Graven Larsen will exit as the heavy lifting needed to reshape the fund’s investment strategy is wrapping up. The strategy put a greater focus on active management and asset classes such as private equity, where the pension fund has built up deal-making and operational expertise.

Mr. Mock said this approach is already producing good results. On Tuesday, Teachers reported a 9.7-per-cent investment return in 2017, after factoring in expenses. This amounted to $17-billion of income generated by investments, as net assets in the fund reached $189.5-billion as of the end of December.

Many of Mr. Mock’s top priorities now aren’t investment-related. He’s thinking about the pace of change in areas such as technology, as well as the geopolitical backdrop. “And quite frankly, the global focus on how to manage talent [and] acquire talent – these are areas that I think are critically important for an organization such as ours, where our assets go up and down the elevator each day,” Mr. Mock said.

The challenge to find and keep top performers could become more pressing as Canadian demographics shift. Mr. Mock pointed to Canadian census data that indicates seniors are now outnumbering children. “All you have to do is roll that forward a decade and a half and you can see very clearly that talent has to be high on the priority list,” he said. Right now, about 80 per cent of Teachers’ portfolio is managed in-house by about 350 investment professionals.

Teachers’s plan provides some unique considerations for its investment team to grapple with. It is one of the older pension plans in the country by demographics, since it is comprised of educators, who live longer than the general Canadian population. The fund now has 131 centenarian pensioners among its increasing 323,000 member base. Since 1990, the average length of time that a member will contribute to the plan before their retirement has dropped from 29 to 26 years. And the average expected years a pensioner will draw benefits has edged up from 25 to 32 years.

Still, the plan reported on Tuesday that it was fully funded for the fifth consecutive year and had used its surplus cash to restore benefits that were cut in the wake of the Great Recession as well as decrease contribution rates for members. Additionally, Teachers is now planning ahead for the next market downturn, putting the $10.3-billion surplus into a contingency reserve that could come in handy if the portfolio takes a hit in the future.

Mr. Mock notes that it has been a bouncy start to the year for investors, with stock swings and higher market volatility. He is keeping an eye on NAFTA negotiations and escalating tariff battles, such as China’s plans to impose levies on $3-billion worth of U.S. goods that came after the Trump administration’s new tariffs were put on Chinese steel and aluminum. “I firmly believe that at some point, as taxes rise in the form of tariffs across many countries and between countries, at some point cooler heads ultimately will prevail,” Mr. Mock said. 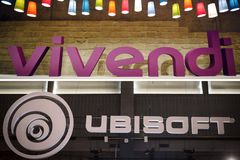 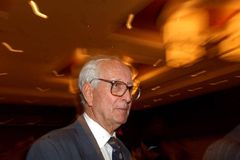 Follow Jacqueline Nelson on Twitter @j2nelson
Report an error Editorial code of conduct
Due to technical reasons, we have temporarily removed commenting from our articles. We hope to have this fixed soon. Thank you for your patience. If you are looking to give feedback on our new site, please send it along to feedback@globeandmail.com. If you want to write a letter to the editor, please forward to letters@globeandmail.com.
Comments are closed