The decision by Ontario Teachers’ Pension Plan to move more heavily into bonds in 2019 helped blunt the effects of the COVID-19 market downturn, as the pension plan reported a 0.4-per-cent loss in the first half of the year.

Now, the plan’s leaders say, they’ve cashed out much of that bond portfolio and are planning on redeploying assets as part of their long-term plans under new chief executive officer Jo Taylor. In its increasingly global approach, Teachers will open a new office in Singapore and have a new executive based in London, not Toronto.

Ziad Hindo, the pension plan’s chief investment officer, said the $200-billion plan’s fixed-income assets generated $7.9-billion of return in the first six months of 2020 – more than offsetting a loss of $4.7-billion in its real assets segment, which includes real estate and infrastructure.

Teachers is a big owner of airports – its properties include Bristol, Birmingham and London City in Britain, as well as Copenhagen and Brussels. Airports, Teachers’ holdings in the leisure industry and shopping malls owned by its Cadillac Fairview real estate subsidiary were “some of our hardest hit investments,” Mr. Taylor said. “We believe these teams have very good management within them and we’re working with them to do everything we can to shape a growing profitable future. That said, some of our companies face a high degree of uncertainty.”

With the bond rally, Mr. Hindo said, Teachers’ has now cut its fixed-income portfolio by half, to 23 per cent of assets from 46 per cent at June 30, exiting sovereign markets with negative interest rates and reducing holdings in other low yielding markets such as the United States. Teachers also sold energy investments and bought gold in the earlier stages of the crisis.

Mr. Hindo suggested Teachers is poised to invest in distressed companies as the economic effects from the coronavirus pandemic continue to unfold. “Given the significant economic impact from COVID-19 we believe there will be attractive opportunities in the credit asset class over the course of the cycle,” he said.

Teachers is one of two major Canadian pensions to release midyear results. Caisse de dépôt et placement du Québec reported a negative return of 2.3 per cent for the first half of the year, hit largely by its exposure to shopping centres. Canada Pension Plan Investment Board, which reports four times a year, posted a loss of 3.7 per cent in the first calendar quarter and a gain of 5.6 per cent in the three months ended June 30.

Mr. Taylor said Teachers will open a Singapore office next month, helmed by Bruce Crane, its new managing director for infrastructure and natural resources for the Asia Pacific region. Teachers will use the Singapore office for infrastructure investments in India, Australia, New Zealand and South East Asia, while using its existing Hong Kong offices for China, South Korea and Japan.

Karen Frank, Teachers’ new senior managing director of equities, will work from the London office, making her the first head of any investment asset class to be based outside Toronto. Ms. Frank, the former CEO of Barclays Wealth Management succeeds Jane Rowe, who moves to a role as vice-chair of investments on Oct. 1.

Mr. Taylor was Teachers’ head of international investing prior to becoming CEO and first joined Teachers in 2012 to lead Europe, Middle East and Africa operations.

The defined-benefit pension plan serves the province’s 329,000 active and retired teachers. Teachers said it closed 2019 fully funded, with a $6.1-billion surplus when $46.5-billion in estimated future contributions are included. At June 30, Teachers had five- and 10-year returns of 6.2 per cent and 9.6 per cent, respectively. 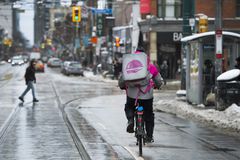 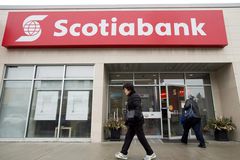 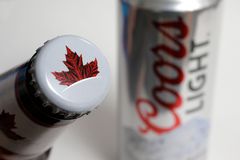