Ontario plans to tap Jim Balsillie to lead a panel of experts to scrutinize the effectiveness of provincially funded institutions that commercialize innovations, including universities and incubators.

The panel, early details of which were revealed in Thursday’s provincial budget, is expected to study how to make postsecondary institutions and related startup accelerators more focused on generating intellectual property, or IP, to boost economic growth.

The Globe and Mail has learned that Ontario plans to name Mr. Balsillie as chair; he is also chair of the Council of Canadian Innovators. In his time as co-CEO of Research in Motion Ltd. – now BlackBerry – Mr. Balsillie became one the most prolific commercializers of intellectual property, or IP, in Canadian history. He has since become a staunch critic of Canadian innovation policy. His office to declined to comment on Thursday.

The budget says the panel will include members from “postsecondary, industry, innovation, venture capital and investment, banking and finance sectors, as well as from medical research and intellectual property legal expertise.” Sources, who were not authorized to speak publicly, said the province also plans to include Shiri Breznitz, a University of Toronto professor whose 2014 book, The Fountain of Knowledge, explored the relationships between universities, governments and industries; Dan Herman, a former head of strategy for Innovation Canada; Ottawa patent lawyer Natalie Raffoul; and University of Windsor law professor Myra Tawfik, an IP law expert.

Sources said the panel will focus on improving the province’s return on investment in tech-focused institutions while encouraging small and medium-sized businesses to commercialize their work. This would include examining the efficiency of incubator and accelerator programs connected with postsecondary institutions to assess how well they are encouraging startups to commercialize and go to market.

“This is a highly complex issue which requires real expertise in the area of intellectual property,” said Stephanie Rea, director of communications for Ontario’s Minister of Training, Colleges and Universities, in an e-mail Thursday evening. She said that no decisions had yet been made over the panel’s membership, but that “our government wants to make sure we are getting the best advice possible.”

Mr. Herman co-founded the Waterloo, Ont.-based Centre for Digital Entrepreneurship and Economic Performance earlier this decade and has spent much of his career encouraging startups to grow. Part of his research has homed in on the effectiveness of accelerator and incubator programs.

In 2015 he wrote an opinion story for The Globe arguing that “despite significant public investment in these [accelerator] organizations by every manner of government, we have very little data on what outcomes they produce.”

The panel would also study postsecondary “tech-transfer offices,” which help convert academic research into marketable products and services, often through patenting innovations. A source said it could look at policies that would clarify, if not encourage, the importance of keeping IP at home.

This could help alleviate some of the problems that can arise between universities and startups, such as the battle in 2018 between the University of Waterloo and Salient Energy, a startup hosted at its Velocity Garage incubator. That dispute, which was settled in December, hinged on patented battery-technology IP that the university argued it owned and was obligated to offer to a funder, a lab run by the U.S. Department of Energy.

Further, the panel would also look at how to educate postsecondary institutions on the importance of IP and how to share expertise among schools. If one university’s tech-transfer office has expertise in software IP, for example, it could lend a hand to another whose expertise is in advanced manufacturing.

Editor’s note: This online story has been updated to provide more detail on the patent dispute between University of Waterloo and Salient Energy. 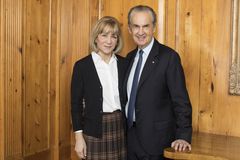 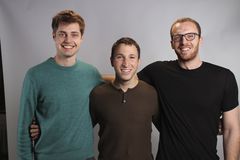 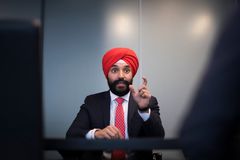