Lawyer Gale Rubenstein has spent her career helping adversaries find common ground during some of the country’s most contentious restructurings, at Stelco, Confederation Life and Chrysler.

Now the insolvency and pensions specialist is using her negotiating skills with workers, employers and governments to try to build Canada’s next major pension fund.

The newly minted University Pension Plan Ontario, or UPP, landed Ms. Rubenstein, a partner in Toronto law firm Goodmans LLP, as its first chair and first employee in mid-November. The fund will initially oversee $10-billion on behalf of current and retired employees at the University of Toronto, Queen’s University and the University of Guelph.

In her first media interview, Ms. Rubenstein revealed larger ambitions. UPP’s goal is to eventually bring together all willing Ontario universities, which collectively have $25-billion in pension assets, distributed among 32 plans at 21 schools. UPP is hoping that by scaling up smaller public-sector funds, it can improve investment performance, better manage risk and preserve the retirement security that comes with defined benefit pension plans.

UPP is a jointly sponsored fund, with contributions from faculty associations, unionized university employees represented by the United Steelworkers and Canadian Union of Public Employees, and the three universities. Angela Hildyard, a special adviser to the Provost and President at the University of Toronto, said Ms. Rubenstein got the job because “she understands how to execute organizational change with a respectful, consensus-building approach.”

Job one for Ms. Rubenstein is to recruit a 14-person board of trustees for UPP to be announced by the end of January. The board will find a chief executive and staff. UPP is expected to start managing money on July 1, 2021. Until then, the three schools will administer the funds. Ms. Rubenstein will also be pitching the rest of Ontario’s universities to sign up, and said “other schools are already showing strong support.”

“This is an exciting initiative," Ms. Rubenstein said. “I’ve always respected the importance of defined benefit plans, and I welcome the opportunity to help build a new structure that is sustainable.”

UPP was more than a decade in the making. Alex McKinnon, Canadian research director for the United Steelworkers, said unionized workers supported the concept from the start. He said: “The catalyst for us was watching defined benefit plans disappear in many private-sector companies.”

Defined benefit pension plans, which guarantee retirement income for their members, are in decline for reasons that include their cost and the increasing mobility of workers. Many plans are also dealing with significant deficits due to prolonged low interest rates, which make it harder to meet future payments.

All of Ontario’s universities were involved in negotiations on a pooled plan over the years, and Mr. McKinnon said that “with a lot of cooks in the kitchen,” negotiations reached a point this year when the three founding universities agreed they would set the terms of the plan and invite others to join.

While UPP is a creation of Ontario’s previous Liberal government, it is being embraced by Premier Doug Ford’s Progressive Conservative administration. In its 2019 economic update, the government highlighted UPP as an example of “the government improving pension sustainability by enabling conversions to the jointly sponsored pension plan model where governance, costs and risks are shared.”

UPP is a step toward what could be a move to consolidate up to 100 Ontario public-sector pension plans, to improve investment performance and cut costs. Before entering politics and becoming federal Finance Minister, Bill Morneau was chief executive officer of benefits consulting firm Morneau Shepell Ltd., and in 2012, he wrote a report for the provincial government that estimated Ontario’s public plans could save up to $100-million annually by pooling their funds.

Beyond lower costs, Mr. Morneau said a larger asset manager can build expertise in risk management, a key attribute of successful funds and a skill that some smaller plans are missing. In the report, Mr. Morneau said: “While risk management is an important consideration at Ontario’s public-sector institutions, some organizations have neither the time nor the understanding of how to embark on or sustain appropriate risk management efforts in respect of pension assets.”

The Alberta government is also working on combining smaller public-sector plans, potentially under the umbrella of the Alberta Investment Management Corp. Quebec pools the majority of its public sector funds at the $327-billion Caisse de dépôt et placement du Québec, which was created in 1965, and B.C. takes a similar approach with the $153-billion British Columbia Investment Management Corp.

Editor’s note: An earlier version of this article included an incorrect title for Angela Hildyard. 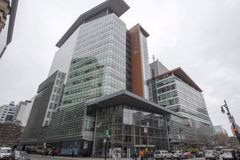 For pension funds, ‘their house is on fire ... it’s still only the first floor’
Subscriber content
November 18, 2019 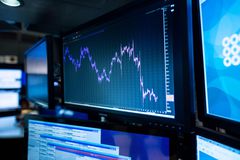 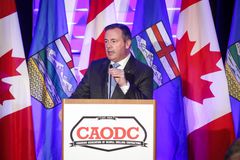