The Ontario government is planning an “inspection blitz” over concerns of crowding at big-box stores that have been allowed to remain open to sell groceries. But industry groups say the province needs to overhaul its approach to retail stores, in order to curb the spread of the deadly COVID-19 pandemic.

Ontario announced a new stay-at-home order on Tuesday, but did not change its rules for retailers deemed essential – including grocery stores, convenience stores, pharmacies and restaurants open for takeout. Non-essential retailers are also allowed to remain open for delivery or curbside pickup, but under newly restricted hours of no earlier than 7 a.m. and no later than 8 p.m.

But while restrictions have not changed for big-box stores selling groceries, Ontario Premier Doug Ford on Tuesday alluded to the problem of crowding at some locations.

“I’ve seen the crazy lineups. We need more enforcement at these stores. So we’ll be starting an inspection blitz of big-box stores in the coming days,” Mr. Ford said, vowing crackdowns for stores not ensuring compliance with physical-distancing rules and other safety measures.

The blitzes will happen at “strategic locations,” and will target certain stores “in consultation with local public-health units,” wrote Harry Godfrey, a spokesperson for the Ontario Ministry of Labour, Training and Skills Development, in an e-mail.

Fines for non-compliance can be up to $100,000 (and/or possible imprisonment) for an individual, and up to $1.5-million per charge for a corporation.

“As a retail business providing an essential service, Walmart is complying with government restrictions at all our stores, including in Ontario,” Walmart Canada spokesperson Adam Grachnik wrote in an e-mailed statement Tuesday, adding that staff use an app to count customers at the door, to calculate capacity limits at each location.

Others within the industry have raised concerns with big-box stores being allowed to remain open. Last month, a coalition of nearly 50 retailers called on the provincial governments to allow all stores to reopen with stricter capacity limits inside, rather than closing non-essential stores while allowing others to remain open.

“It is only the province of Ontario that has allowed big-box stores to remain open selling non-essential items while shutting down other retailers,” said Dan Kelly, chief executive officer of the Canadian Federation of Independent Business, who called the new rules “a mess of contradictions.”

“We still believe that is the best way: looking at tight restrictions across the board,” said Diane Brisebois, CEO of the Retail Council of Canada, which is calling for 20-per-cent capacity limits that would apply to all stores.

Indigo Books & Music Inc. CEO Heather Reisman said on Tuesday that retailers respect that they are not medical experts, and that public-health authorities have to make decisions to limit the spread of the coronavirus. But she called for “more transparency” when it comes to data showing that retail locations are linked to rising case numbers.

“What I find hugely painful is the literally billions of dollars of economic waste,” Ms. Reisman said, adding that there should be more financial support for retailers that have been forced to shut down.

“If we are the ones being asked to own the responsibility, should we bear 100 per cent of the cost, on top of the stress? ... There has to be a way that this burden is shared. What’s in place right now is not very significant, relative to the amount of money that’s being lost. It’s not very much, even with the [federal] wage subsidy.”

In addition to retail measures, Ontario announced rules for the construction industry. Most construction is allowed under the province’s new measures, including on apartments, condos and building projects that were started before Tuesday, as well as those that are due to be completed by July. A wide range of construction has been deemed essential, such as health care projects, long-term care homes, transit and other projects that are publicly funded.

Urbanation Inc., a condo industry research company, said the stricter physical-distancing rules, supply-chain problems and ability to obtain building permits could delay what is on track to be a busy year for condo building. Other than that, Urbanation president Shaun Hildebrand said: “It sounds like it will be business as usual.”

With a report from Rachelle Younglai in Toronto 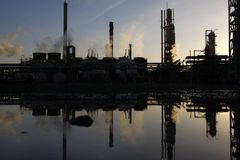 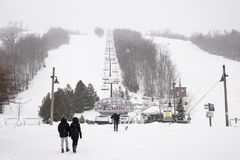 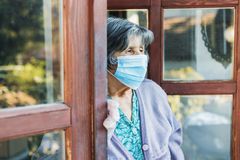