Poor decision-making by the Ontario government caused electricity costs to soar in recent years, hurting residents and hampering the competitiveness of the province’s manufacturing sector, the Fraser Institute argues in a new report.

The report, published Thursday, says Ontario’s residential electricity costs spiked 71 per cent between 2008 and 2016 – far outpacing the 34 per cent average growth seen across the country.

But it’s not just residents who felt the sting of rising costs. Large industrial users in Toronto experienced a 53 per cent jump in costs, while those in Ottawa saw a 46 per cent boost. That compares with an average increase of 14 per cent for the rest of Canada, according to the report.

The price hikes are responsible for roughly 75,000 job losses in the province's manufacturing sector from 2008 to 2015, according to the report.

The research comes ahead of a provincial election in which electricity prices are likely to be a hot topic.

Mr. Ford said he would can Mr. Schmidt for presiding over the dramatic runup in electricity rates and because of the $6.2-million salary he earned last year.

Ontario began shifting its energy policies in 2005, when the government resolved to start phasing out coal.

In 2009, the province introduced the Green Energy Act, aimed at expanding renewable energy production. To help cover the costs associated with the act, the government introduced a surcharge called the Global Adjustment fee.

That fee grew by more than 70 per cent between 2008 and 2016, causing a dramatic spike in electricity prices, according to the Fraser Institute report.

One of the provisions in the act, which required equipment for wind and solar farms to be sourced locally in order to qualify for a subsidy, was later walked back, after Japan complained to the World Trade Organization that it breaches international trade law.

The Ontario government also got into hot water over its decision to cancel two gas-fired plants – one in Oakville and one in Mississauga – a move that cost taxpayers $1.1-billion.

On Wednesday, David Livingston, the chief of staff to former Ontario premier Dalton McGuinty, was sentenced to four months in jail and one year of probation for destroying documents related to the cancellations.

Last year, in an attempt to repair the Liberal government’s track record on electricity, Ontario Premier Kathleen Wynne promised to slash hydro costs by 25 per cent.

But opposition parties were highly critical of the plan because it will result in billions of extra costs, amortized over the next 30 years.

The Fraser report concludes that, as a result of all the policy changes, Ontario has the fastest growing electricity costs in the country, and among the highest in North America.

“Given the critically important role that affordable energy plays in economic growth and prosperity, the authors urge the Ontario government to pursue meaningful policy reforms aimed at lowering electricity costs for all Ontarians,” the report notes.

- With a file from the Canadian Press 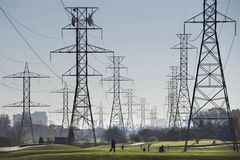 Doug Ford vows to fire CEO, board of Hydro One if elected premier
April 12, 2018 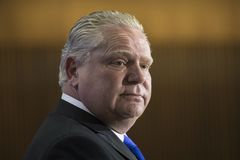