Major oil producers have agreed to the largest-ever co-ordinated cut in output, with the hopes of lifting crude prices that have tumbled as the COVID-19 crisis slashes fuel demand and hammers petroleum economies.

One participant in the talks, Mexico, remained a holdout, adding risk to the pact’s success, however.

In a deal led by Saudi Arabia and Russia, the Organization of Petroleum Exporting Countries (OPEC) and its allies said they will curtail output through May and June by 10 million barrels a day from precrash levels. Oil prices skidded as the main details of the agreement were reported, however, with market players deeming the cut to be insufficient to make up for the loss of demand.

Mexico did not agree to reduce output by the group’s prescribed volume by the end of the video conference. In a statement issued early Friday, OPEC said the deal is conditional on Mexico’s consent. It was not known if the country could still be convinced to cut production, or whether its terms could be changed to suit all of the other signatories.

The deal did not appear to be contingent on countries outside the OPEC fold, including Canada and the United States, imposing more cuts on their industries, as the Saudis and Russians had previously urged, according to media reports.

However, further action on output is expected to be the main topic of discussion at a meeting of Group of 20 energy ministers on Friday.

The deal looks to end a month-long price war between Saudi Arabia and Russia, two of the world’s biggest producers. Both countries flooded global markets in a quest for market share at the same time as countries imposed restrictions on movement to curb coronavirus infections. A resulting drop in oil consumption has been estimated as much as 30 million b/d, or nearly a third of normal output, and oil prices have tumbled to 18-year lows.

“It is imperative we take urgent action. It is in all of our interests, and it is also in the interests of consumers,” OPEC secretary-general Mohammad Barkindo said in his opening remarks, comparing the crisis to the past oil crash in 2014-2016. “That is not to say that any medicine will be easy; obviously, it won’t. But it is clear that it is needed. And it will benefit us all.”

The global energy industry has come under intense financial strain, and the pain is particularly acute in Alberta, which represents the lion’s share of Canada’s oil output. Premier Jason Kenney has said unemployment in the province could hit 25 per cent, and deficit projections have soared while industry spending grinds to a virtual halt. Alberta’s energy minister, Sonya Savage, monitored the OPEC meeting after having explained the province’s position to Mr. Barkindo last Sunday.

Mr. Kenney said on Thursday that Alberta has not been asked to cut more production. The province’s industry has already reduced supplies in response to low prices, as well as through a government-mandated curtailment order that has been in place for more than a year, he said. Analysts have projected that more than 1.1 million b/d of production could be off the line in coming weeks as refineries slow operations and storage tanks fill up.

Oil prices had surged by as much as 10 per cent before the OPEC video conference got under way, on the potential for a larger reduction. But by the end of the session, West Texas Intermediate crude tumbled 9 per cent to US$22.76 a barrel.

“Although 10 million barrels per day will help the market on the short term to not fill up storage, it is a disappointing development for many, who still realize the size of the oil oversupply,” Bjornar Tonhaugen, head of oil markets at Rystad Energy, said in a note to clients. “Reducing cuts after June won’t help either and market participants soon dropped their pre-meeting enthusiasm, quickly leading prices to another slump.”

The deal does buy time, however, while physical-distancing restrictions begin to lift in some parts of the world, he said.

The previous record for co-ordinated cuts was 2.2 million b/d in 2008. In the next phase of the new deal, the OPEC group’s reduction would be eased to eight million b/d from July through December, and to six million through April, 2022.

Canadian Minister of Natural Resources Seamus O’Regan and his U.S. and Mexican counterparts held a conference call on Thursday to plot a North American strategy going into the G20 talks on Friday. This followed Mr. O’Regan’s discussions with energy ministers from Alberta, Saskatchewan, and Newfoundland and Labrador earlier this week.

His office did not offer details of what Canada may agree to at the G20 meeting, such as further cuts. “Working with our partners, we are determined to resolve this for Canadians, and we will keep working closely with provinces, international partners such as the U.S., workers and businesses to do so," Ian Cameron, spokesman for Mr. O’Regan, said in an e-mail.

Mr. Kenney has been highly critical of Saudi Arabia and Russia for flooding the market, and has been in talks with U.S. officials to discuss a co-ordinated North American response, including the potential for slapping tariffs on foreign oil. U.S. President Donald Trump also raised the spectre of tariffs in absence of an OPEC deal. 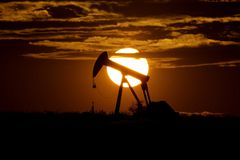 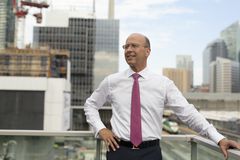