Open Text has become one of Canada’s largest software companies with a market cap of $15.2-billion through frequent acquisitions, focusing largely on business-to-business software that can offered through the cloud. Its suite of services for enterprises includes customer-management software, process automation and cybersecurity.

The latter is Carbonite’s focus. The company, named after the fictional impenetrable substance used to trap the character Han Solo in the Star Wars film The Empire Strikes Back, purports to make its clients’ data similarly impenetrable with secure backups. By acquiring it, Waterloo, Ont.-based Open Text gains access to Carbonite’s brings with it 300,000 small and medium-sized business (SMB) clients and eight million professional users.

“It opens up the potential for Open Text to build a meaningful SMB revenue stream,” Richard Tse of National Bank Financial said in a research note.

The deal will see Open Text buy Boston-based Carbonite for US$23 a share, a 25-per-cent premium over Friday’s closing price on the Nasdaq. But that price is more than 20 per cent lower than Carbonite was trading for last February before it purchased Colorado cybersecurity company Webroot Inc., a US$619-million deal that caused analysts to raise concerns about Carbonite’s debt load.

Including the debt and other items, Open Text’s offer values Carbonite at more than US$1.4-billion. It said it would make the purchase with cash and its line of credit and expects the deal to close in 90 days.

“We think that is a great route to market,” Open Text chief executive officer Mark Barrenechea said in an interview. Buying Carbonite would also further bolster its security offerings for businesses’ “endpoints” – connected devices ranging from mobile devices to connected sensors in industrial machines, he said.

Open Text announced the purchase before markets opened Monday. Its Toronto-listed shares closed up 2.4 per cent, at $56.27. Carbonite’s Nasdaq-listed shares shot up 24.6 per cent and closed just below the takeover price of $22.96.

Analyst Gabriel Leung of Beacon Securities Ltd. said it is a good acquisition for Open Text, highlighting the recurring revenues it would bring.

Despite its continued growth by acquisition, some investors have become frustrated in recent months with Open Text’s slower organic growth. When the company reported negligible organic revenue in the quarter ending in June of this year and said its fourth-quarter 2019 organic revenue would be in the low single digits, its shares fell 9 per cent.

Mr. Barrenechea said the Carbonite purchase fits into Open Text’s “total growth strategy," which includes boosting revenues not just through acquisitions but organically. Within Open Text, he estimated Carbonite’s potential organic revenue growth would be in the low single digits.

Open Text’s largest acquisition came in 2016, when it bought Dell Technologies Inc.’s enterprise content division for US$1.62-billion. The company has since kept up its M&A strategy with smaller buys. In October, 2018, it announced it would buy the Atlanta-area data-management company Liaison Technologies Inc. for US$310-million. And in February, it revealed that it would spend US$75-million on the Colorado legal-tech company Catalyst Repository Systems Inc.

Open Text said in its most recent quarterly report that it had US$1-billion cash and a US$750-million line of credit for acquisitions. Mr. Barrenechea said that despite the US$1.42-billion value of the Carbonite purchase, he would not rule out further near-term acquisitions.

Market movers: Stocks that saw action on Monday - and why
Subscriber content
November 11, 2019 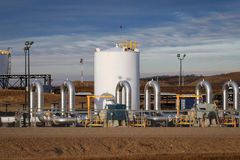 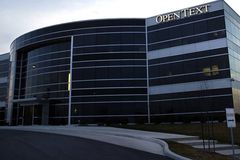