OpenText Corp. chief executive Mark Barrenechea likes to call his company a durable, steady performer, a disciplined acquisitor and one of the most profitable software providers in the world.

It’s not enough for the Waterloo, Ont.-based provider of data-management software to enterprises such as General Motors Co., Citigroup Inc. and the Canadian government to have a 38.3-per-cent operating profit. He wants it to hit 40. “We’ve set out intentionally to be the most productive software company,” he said in an interview.

So why has OpenText, which reports first-quarter earnings next week, lagged other players in its sector? Its 66-per-cent stock price gain over the past five years is less than half that of the S&P/TSX Capped Information Technology Index. Investors have taken more of a shine to software companies with robust revenue growth such as Shopify Inc. or Kinaxis. OpenText’s revenue, by contrast, has increased by 12 per cent on average since 2014 and that has come almost entirely from buying other slow-growth rivals.

But OpenText’s stock returns and valuation multiples have also lagged deal-driven Canadian peers Constellation Software Inc., Descartes Systems Group Inc. and Enghouse Systems Ltd. that generate better internal sales growth. Investors appear to be tiring of OpenText’s inability to increase sales from existing customers, or organic growth. When it said in August that organic revenue for the fourth quarter ended June 30 was negligible and would be in the low single-digits this year, its stock fell 9 per cent and hasn’t recovered.

Does OpenText, one of Canada’s largest publicly traded tech companies, need a new strategy to rekindle investor interest? “Given that valuation multiples in the software sector seem to be much more closely correlated to revenue growth than margins, we question whether 40 per cent is the right” profit target, BMO Capital Markets analyst Thanos Moschopoulos said in a recent note. “We’d be happier with margins in the [low- to mid-] 30s if it would mean a meaningful acceleration in organic growth.”

PI Financial’s Gus Papageorgiou, meanwhile, calls OpenText’s M&A track record “a mixed bag.” Its returns on equity (ROE) and capital have declined as assets have grown faster than its earnings and it relied on raising external capital to fund deals, he said, noting Constellation’s ROE is 56 per cent – seven times more than OpenText – because it has used internally generated cash to fund deals.

Mr. Barrenechea defends his strategy, saying the company doesn’t want to sacrifice profits to chase revenue: “I like the balance we have.” He adds OpenText has also been less acquisitive lately because private equity buyers drove up deal prices. “I look at some of [those] deals … and the valuations are ridiculous,” he said. “We’re sticking to our value play.”

But the CEO has tweaked the formula to address investor concerns. He has promised to double OpenText’s sales force’s coverage of the world’s top 10,000 companies to 80 per cent over the next three years to create more revenue opportunities and to focus on getting OpenText’s 74,000 customers to adopt more of its offerings and move them to its cloud-based service. He has committed to spend $2-billion on research and development over the next five years into areas such as artificial intelligence and blockchain. He’s pledged to spend more on revenue-growth initiatives – but only when operating profits exceed 40 per cent.

The company has also formed a new deal team to do smaller acquisitions (valued at US$75-million or less), which should deliver a steadier pace of value-adding deals, analysts say. Mr. Barrenechea said Open Text, with $1.4-billion in capital for purchases, should become more active as valuations have eased off. “We’re in more conversations today [about possible deals] than we were a year ago" for targets of all sizes, he said. "This year, I’m expecting to get deals done and deploy capital.”

And just maybe, Open Text’s profit push will look smarter if the global economy tips into recession and investors favour conservative stocks. Several high-growth, unprofitable U.S. tech companies have already faced negative response from public market investors this year. “I believe that predictable and steady wins the race," Mr. Barrenechea said. "A downturn puts us into an amazing position to gain share and to buy companies,” he added. “But I don’t wish for a recession.” 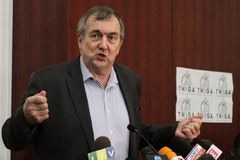 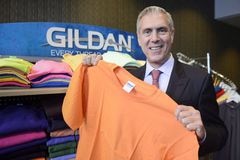 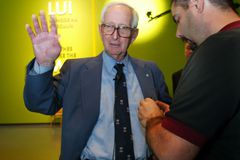