Vancouver-based Teck Resources Ltd. is facing opposition to its proposed Frontier oil sands mining operation owing to the project’s potential impacts on a UNESCO world-heritage park where wildlife habitat is deteriorating because of development.

Teck is seeking an environmental permit for a 260,000-barrels-a-day operation along with tailings ponds and water withdrawals in a project that would be the most northerly oil sands mine, just 30 kilometres from the southern border of the sprawling Wood Buffalo National Park.

A joint federal-provincial review panel has scheduled hearings for September, but First Nations and environmental groups are urging it to delay the review until Ottawa can produce a reclamation plan for the park. The plan was demanded by the United Nations Educational, Scientific and Cultural organization (UNESCO), which has threatened to withdraw the park’s world heritage status unless action is taken.

Teck conducted its own environmental assessment and concluded “there will be no adverse environmental impact on Wood Buffalo National Park and the Peace-Athabasca Delta resulting from the proposed Frontier project,” Teck spokesman Chris Stannell said in an e-mail.

“We fully respect the significant ecological and cultural importance of Wood Buffalo National Park,” he added. “That is why Teck is committed to advancing our Frontier project in a manner that is respectful, responsible and sustainable and will not impact the park.”

Teck is proceeding with its application for the Frontier mine despite the fact that the company is not expecting to decide for several years whether to build the $20-billion project. Industry economics are not currently favourable for a major mining project, but that could change if crude prices continue to climb and at least two or three planned pipelines are completed.

Other companies have either received or are seeking environmental approval for more than two dozen oil sands projects, mostly steam-assisted, in-situ operations that have less environmental impact than big mines.

In a submission to the joint review panel, the environmental group, Canadian Parks and Wilderness Society, argued governments should examine the cumulative impacts of all the proposed development before deciding on the Teck application.

Wood Buffalo is the largest national park in Canada and one of the largest in the world. UNESCO declared it to be a world heritage site in 1983 in recognition of its large free-roaming bison herd, the fact that it is a nesting place for endangered whooping cranes and the immense migratory bird life in the vast Peace-Athabasca Delta.

Responding to a petition by the Mikisew Cree First Nation, UNESCO warned that the ecology of the park is rapidly changing owing to climactic changes and upstream industrial activity, including dams on the Peace River in British Columbia and oil sands projects on the Athabasca River in Alberta. Parks Canada did its own assessment in 2017, which concluded that industrial activity was impacting flora and fauna that had sustained local Indigenous people for generations.

“In the absence of a federal plan, we can only speculate how the Frontier project might be impacted” by the reclamation effort, said Melody Lepine, head of government relations for the Mikisew Cree First Nation, which is based in Fort Chipewyan, Alta.

Ms. Lepine said governments have approved developments in the Peace-Athabasca watershed with little regard for the impact on the environment or ability of First Nations to pursue their treaty rights. The Mikisew Cree are hoping the involvement of UNESCO puts pressure on governments to change that approach, she said.

Environment Minister Catherine McKenna intervened last year to amend the federal-provincial agreement that set up the joint review panel, requiring it to explicitly take into account the impact the project would have on the “outstanding universal value” of the national park.

The head of government relations for the Athabasca Chipewyan First Nation (ACFN) said her community will oppose the project unless Teck can demonstrate it can be done with little environmental impact. The ACFN has a hunting camp just across the Athabasca River from the proposed mine site.

“We want to send the message that Teck needs to work with us and respect our rights and our ability to continue using the land as we have for thousands of years before Teck was here,” Lisa Tssessaze said.

Environment Canada is working with partners on its Wood Buffalo National Park plan and expects to release a draft this fall, with a final version ready by the end of the year, said Caroline Thériault, press secretary for Ms. McKenna.

“We are confident that through this collaboration we can create a path forward and ensure the future of Wood Buffalo National Park, so that it remains a treasured place with Outstanding Universal Value for generations to come,” Ms. Thériault said. 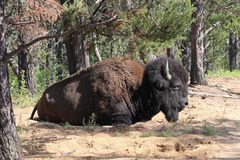 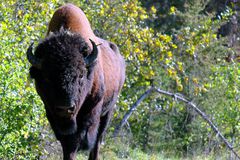