The chair of Ontario’s securities watchdog is raising red flags about growth in the alternative mortgage lending space.

Speaking at a Toronto Centre event about financial stability on Monday, Maureen Jensen said recent efforts to remove risk from the banking system have caused activity to move into other, less heavily regulated areas such as syndicated mortgage lending as well as mortgage investment corporations (MICs), which are unregulated.

“To de-risk banks you basically move some of the activities they have off of the banking platforms and into the market-based platforms,” Ms. Jensen said.

“What we’re seeing is innovation in between regulators, where we’re seeing growth of syndicated mortgages, we’re seeing huge growth in MICs … They’re very small still, at this point, but that can grow substantially.”

Syndicated mortgage lending has been gaining market share, according to data from the Financial Services Commission of Ontario. During the agency’s 2016 reporting period, syndicated mortgages made up roughly five per cent – or $6.6 billion – of the total dollar value of mortgage deals reported by brokers, an increase of 10 per cent from the previous year.

Meanwhile, 247 mortgage brokers turned to unregulated mortgage investment corporations for cash in 2016, up 31 per cent compared to 2014. The value of mortgages funded by MICs grew by 42 per cent during the same period, to US$4.4-billion.

Regulators need to co-ordinate with one another or else businesses will continue to move into “the spaces in between,” Ms. Jensen said.

“That’s what happened in 2008, and that continues to happen today,” she noted.

But Ms. Jensen acknowledged that getting banking and securities regulators to work more closely together can be a delicate task. “It’s kind of like porcupines mating – you have to be very careful and everyone’s a little worried where the boundaries are,” she said.

On Jan. 1, new rules designed by Canada’s banking regulator came into force that require tougher stress testing for mortgages that don’t need insurance – those with a down payment of 20 per cent or more. Those home loans must now be tested at the greater of the Bank of Canada’s five-year benchmark rate, or two percentage points above what the borrower has negotiated with the lender.

Critics of the measures, crafted by the Office of the Superintendent of Financial Institutions (OSFI), warned that while the new stress tests might help curb some risky lending, they could also have the side effect of driving more borrowers to unregulated, alternative lenders. And that, in turn, could add risk to the broader financial system.

“That would not be an intended consequence, nor would it be a completely unanticipated consequence,” he told reporters after delivering a speech in Toronto. OSFI’s mandate is limited to federally regulated financial institutions and, while the regulator keeps up regular contact with provincial counterparts that oversee many credit unions and alternative lenders, “we can’t control what we can’t control,” he added.

Mr. Rudin was sitting in the front row at Monday’s event when Ms. Jensen made her remarks about shifting risks to unregulated markets.

Ms. Jensen also noted that low investment returns have pushed people increasingly toward passive investments such as exchange-traded funds, which have grown tremendously.

“The ETFs, they’re getting to the size that they could actually potentially start driving the market on their own,” Ms. Jensen said.

OSC can move faster on white-collar crime with proposed powers
Subscriber content
May 3, 2018 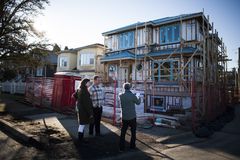 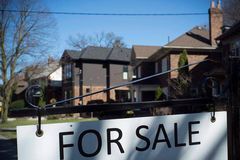 Follow Alexandra Posadzki and James Bradshaw on Twitter @alexposadzki @jembradshaw
Report an error Editorial code of conduct
Due to technical reasons, we have temporarily removed commenting from our articles. We hope to have this fixed soon. Thank you for your patience. If you are looking to give feedback on our new site, please send it along to feedback@globeandmail.com. If you want to write a letter to the editor, please forward to letters@globeandmail.com.
Comments