Canada’s banking regulator reprimanded Bank of Nova Scotia for inadequate record-keeping in its Puerto Rican operations, years before this country’s third-biggest bank decided to sell its 109-year-old subsidiary at a loss.

The Office of the Superintendent of Financial Institutions (OSFI) visited Scotiabank de Puerto Rico, the oldest foreign bank in the U.S. territory, to audit its commercial credit files in 2014, according to two people familiar with the matter. The sources were granted anonymity because they were not authorized to speak to the media about the regulator’s review. This June, Scotiabank announced a deal to sell both its Puerto Rican and U.S. Virgin Islands operations to Oriental Bank, as part of a broader risk-reduction strategy.

OSFI, which conducted its audit in three stages, determined that Scotiabank’s documentation and background reviews of clients were unsatisfactory for its Puerto Rican commercial credit business, the sources said. The regulator found shortcomings in the subsidiary’s internal controls because some of its files didn’t match or were missing pertinent information, those people added. The bank’s commercial-credit department provides business customers with loans and trade financing.

After its onsite examinations, OSFI sent a letter to Scotiabank’s head office in Toronto outlining deficiencies in its Puerto Rican operations. But OSFI’s findings were disputed by the local banking watchdog in Puerto Rico, the Federal Deposit Insurance Corporation (FDIC), sparking a cross-jurisdictional conflict between Canadian and U.S. regulators, the sources said.

That regulatory clash was just one of a slew of challenges that Scotiabank faced while operating on the Caribbean island in recent years. Puerto Rico, which spiralled into a government debt crisis in 2015 and declared a form of bankruptcy in 2017, continues to struggle with fiscal reforms. Compounding those problems, Puerto Rico is still rebuilding nearly two years after Hurricane Maria wiped out homes, businesses and basic infrastructure. The island also remains rife with drug-trafficking and money-laundering risks.

Scotiabank said on June 26 this year that it reached an agreement to sell its operations in Puerto Rico and the U.S. Virgin Islands to Oriental Bank, a subsidiary of OFG Bancorp. As a result, Scotiabank plans to record an after-tax loss of about $400-million during its fiscal third quarter, an amount that could be reduced to $300-million to $360-million after the deal closes.

Oriental Bank plans to expand the commercial-banking business in Puerto Rico after the acquisition, president, chief executive and vice-chairman Jose Rafael Fernandez told analysts on a June 27 conference call. A spokesman declined to comment on whether Oriental Bank was aware of OSFI’s audit of Scotiabank’s commercial operations in Puerto Rico.

“Scotiabank, as with all financial institutions, is subject to periodic reviews by its regulators, the contents of which are confidential in accordance with applicable regulations,” spokesman Doug Johnson wrote in an e-mailed statement. “Scotiabank and its regulators maintain an open, transparent and ongoing relationship in all the jurisdictions in which we operate.”

OSFI said it is prohibited from commenting on specific financial institutions, a view echoed by U.S. regulators. “The FDIC does not comment on open and operating banks,” spokesman David Barr stated in an e-mail.

Although Canadian and U.S. banking regulators share information with each other, turf wars do occur when banks seek growth outside their home markets. In this case, OSFI and the FDIC disagreed on how Scotiabank de Puerto Rico ought to maintain its commercial files, the sources said.

About half of the subsidiary’s files were in Spanish, but OSFI failed to send properly trained staff who were proficient in that language, one of those people said.

“OSFI has the appropriate resources including the necessary language support to pursue its supervisory obligations,” spokesman Gilbert Le Gras wrote in a statement.

“In addition, OSFI has productive working relationships with our regulatory peers around the globe, and before performing supervisory reviews in other jurisdictions OSFI informs host regulators and provides notice, timelines and scope for the review,” Mr. Le Gras added. For its part, the FDIC declined to answer questions about its dispute with OSFI.

While the FDIC took the view that OSFI was being overly zealous during its review of Scotiabank de Puerto Rico, the Canadian regulator flagged a number of problems in its audit, the sources said.

OSFI takes such documentation discrepancies seriously because they can reveal problems with a bank’s due diligence on credit decisions, its compliance with know-your-client rules and other potential weaknesses with internal controls designed to catch fraud, money laundering and mitigate other reputational risks.

As part of its assessment, OSFI scrutinized Scotiabank’s own internal audit of its Puerto Rican operations, the sources said.

After completing its audit of Scotiabank de Puerto Rico, OSFI informed the bank that it would conduct a similar sweep of its commercial files in Mexico, the sources said. Scotiabank Mexico is the bank’s largest foreign subsidiary.

In preparation for the regulator’s visit, the bank spent about six months vetting its Mexican subsidiary’s commercial files to ensure that they would be in pristine condition for OSFI, one of the people said. Both OSFI and Scotiabank declined comment on the Mexican audit.

Scotiabank’s planned sale of its operations in Puerto Rico and the U.S. Virgin Islands is part of CEO Brian Porter’s broader strategy to remove risk from the bank, while increasing its focus on core international markets of Mexico, Chile, Colombia and Peru.

The proposed transaction marks the third time in about seven months that Scotiabank has announced divestitures in the Caribbean. In November, 2018, the bank announced plans to sell its insurance subsidiaries in Jamaica and Trinidad and Tobago, and a separate deal to sell its banking operations in nine other countries. Scotiabank said it made the decision to sell those assets because of “increasing regulatory complexity” and the associated compliance costs. The following month, Scotiabank announced the sale of its pension and insurance operations in the Dominican Republic.

Other Canadian banks have also reduced their exposure to the Caribbean in recent years. In 2014, Royal Bank of Canada sold its Jamaican operations at a loss. RBC would later shutter its wealth-management business in the Caribbean owing to money-laundering risks.

Canadian Imperial Bank of Commerce, meanwhile, tried but failed to jettison part of its stake in FirstCaribbean bank. Last year, CIBC nixed plans for an initial public offering of that subsidiary in the United States. 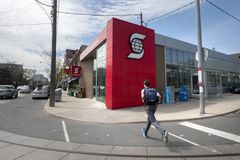 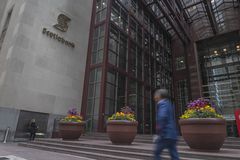 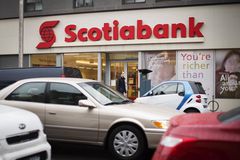