The federal government is facing accusations of favouring Air Canada over consumers, as Ottawa lends the airline money to provide customer refunds while Washington seeks to punish the carrier for refusing to give U.S. passengers their money back more than a year after the COVID-19 pandemic began.

The U.S. Department of Transportation said Tuesday it is seeking a US$25.5-million fine against Air Canada over its refusal to give refunds to customers.

The enforcement action contrasts with the position of the Canadian government, which allowed Air Canada and other domestic carriers to issue credits rather than refunds. In April, Ottawa also gave Air Canada a $5.9-billion bailout loan, $1.4-billion of which was earmarked for customer refunds.

“This Liberal government did nothing for over a year, while Air Canada sat on billions of Canadians’ hard-earned dollars,” Taylor Bachrach, NDP transportation critic and MP for the B.C. riding of Skeena-Bulkley Valley, said in the House of Commons on Thursday. “The [transport] minister repeatedly defended the airlines. Then, over a year after the pandemic began, this government turned around and loaned Air Canada the money to finally pay back passengers.”

Canada’s airlines all initially refused to give customers their money back for most fares, citing a statement from the Canadian Transportation Agency. The regulator said it was acceptable for airlines to issue credits or vouchers instead of refunds to customers, given the hardship the carriers faced amid the industry’s collapse.

In a webcast session of the Commons on Thursday, Transport Minister Omar Alghabra defended the government’s move to lend Air Canada the money to provide refunds.

“We understand that the pandemic has been hard on everyone,” Mr. Alghabra said. “This is why we made significant progress in securing refunds for Canadians.”

“We are working on signing other deals with other airlines to ensure that passengers receive the refund they deserve,” he added.

By contrast, in April, 2020, the U.S. Department of Transportation warned domestic and foreign airlines that fly into or out of the U.S. they must comply with the law and provide “prompt” refunds to passengers whose flights any airline cancelled. The rule applies even if government restrictions prevented the airline from flying, the department said.

One month later, the U.S. regulator said it would use its discretion in enforcing the order, giving airlines more time to fulfill refund requests in “good faith,” given high numbers of cancelled flights.

“Air Canada did not make such good faith efforts,” the regulator said Tuesday in a statement. “Instead, for almost one year after the announcement of the May, 2020, enforcement notice, Air Canada continued its no-refund policy in violation of U.S. law.”

The department gave Air Canada 15 days to respond to the complaint, filed with an administrative law judge.

Air Canada’s position is that the U.S. regulator’s refund warnings were “guidance,” not regulations, and do not carry the force of law, Mr. Fitzpatrick said. The airline has been providing refunds to all customers – including those in the United States – since Apr. 13, he said.

Transat AT Inc. also received a $310-million government loan in April, with which it is to provide refunds to customers who request them. The loan is part of a $700-million aid package for the Montreal-based tour operator.

WestJet Airlines, Porter Airlines and Sunwing Airlines remain in bailout talks with the government, negotiations that are expected to result in more taxpayer loans to provide customer refunds.

Major U.S. airlines shared a government bailout in April, 2020, worth about US$50-billion in payroll support and loans. The package included grants and warrants that allow the government to buy shares of the airlines. 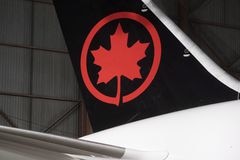 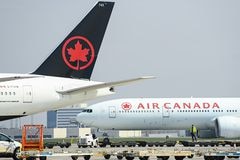