The federal government has announced regulations for methane emissions in the oil and gas sector that impose more costly requirements on industry than Alberta’s proposed rules, setting up potential conflict between the two levels of government.

Federal Environment Minister Catherine McKenna on Wednesday issued final rules that would require oil companies to inspect virtually all their field equipment for methane leaks three times a year, repair all leaks and dramatically reduce their ability to vent the gas into the atmosphere.

In draft regulations unveiled on Tuesday, the Alberta government would require annual inspections and would allow companies to manage their emissions by focusing on the most likely problem areas, and would set easier standards for venting.

Ottawa argues its regulations will prevail unless a province can demonstrate that its policies will achieve equivalent emission reductions to the federal ones. That’s unlikely to be the case with the federal-Alberta methane rules, said Drew Nelson, an expert with the U.S-based Environmental Defense Fund who has consulted with both governments as they developed their regulations.

“Alberta’s proposal is not credible and is nowhere close to equivalent to federal regulations because there is no way to confirm operators’ claims of compliance with site-level regulations,” Mr. Nelson said in an interview on Wednesday.

“Alberta’s regulatory proposal is like a get-out-of-jail card for industry. Federal action will be undermined if they give this false equivalency.”

A spokesman for Alberta Energy Mininster Margaret McCuaig-Boyd said federal and provincial rules will accomplish the same goal and should be treated as equivalent so that Alberta’s regulations would apply.

“We’re confident our efforts will achieve equivalency with the federal government’s requirements but with lower cost and more flexibility for industry,” Michael McKinnon said late Wednesday.

The federal Liberal government set a target to reduce methane emissions by 40 per cent to 45 per cent by 2025 from 2012 levels. Methane is a basic component of natural gas and a powerful but relatively short-lived greenhouse gas.

“These regulations are smart and practical measures that support clean technology and good new jobs in the oil and gas sector,” Ms. McKenna said in a release late on Wednesday. “By better detecting and patching leaks, companies will be able to save – and sell – natural gas that’s going into the atmosphere today.”

However, the industry complains that the federal approach is overly prescriptive and will add a costly burden as companies struggle to recover from the long slump in oil prices and the discounts paid to Canadian oil producers relative to international pricing owing to the lack of pipeline capacity.

Ottawa has already delayed the implementation of some of the tougher measures in the regulations until 2023, three years after it had initially said they would apply.

Ms. McCuaig-Boyd released draft provincial regulations late Tuesday, and said the rules will lead industry to reduce its methane emissions by 45 per cent from 2012 levels by 2025.

To soften the impact on companies, the NDP government will provide $2.3-billion as the regulations are phased-in over the next five years, including $2-billion in relief from the province’s carbon tax.

A key area of contention is what is known as the “site-based” process to monitoring and reducing methane emissions that allows companies to use a more analytical approach rather than checking and replacing every piece of equipment.

The Canadian Association of Petroleum Producers urged government to adopt the site-based approach, arguing it will allow companies to direct investment where it will be most effective even as the industry aims to hit the 45-per-cent reduction target.

“We’re looking for something that protects jobs in our industry and ensures the competitiveness of our companies,” Patrick McDonald, CAPP’s director for climate change and innovation, said on Wednesday.

However, environmental groups argue there is too much uncertainty to trust that broad-brush approach. In a report funded by the Environmental Defense Fund and published this spring, researchers found methane emissions at operations around Red Deer, Alta., were 15 times higher than levels the companies reported to the provincial regulator. 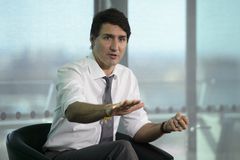 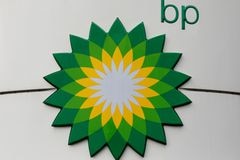 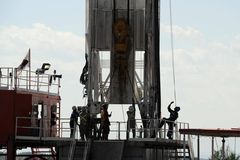