An app backed by the federal government aimed at improving Canadians’ health and wellness by rewarding users with loyalty points is shutting down after its funding ran dry and it failed to find a buyer, its chief executive officer said.

Carrot Rewards, whose more than one million users tracked their daily steps and took quizzes on diet, fitness and personal finance to earn rewards points for programs such as Cineplex’s Scene, Aeroplan, Petro-Points and More Rewards, will shut down Wednesday evening.

The free mobile app was created in 2015 by Toronto-based Carrot Insights in partnership with the Public Health Agency of Canada and the British Columbia Ministry of Health with the goal of motivating Canadians to lead healthier, more active lives.

Carrot purchased points from its rewards suppliers and sold them to the federal government at a markup, making money off the difference, although it was never profitable.

But two years after, Carrot received at least $7.5-million in funding from the federal and B.C. governments, only B.C. and Newfoundland and Labrador had adopted the app. Ontario launched a test pilot, but later pulled its funding.

As the promise of national reach crumbled, investors closed their vaults, CEO Andreas Souvaliotis said in an interview Monday. Carrot planned to notify users of its shutdown over e-mail late Wednesday. The company is filing for bankruptcy to pay off suppliers, such as Cineplex’s Scene program, to which it owes money for points, Mr. Souvaliotis said.

When it launched, Carrot attracted investment from private venture capital firms including Relay Ventures and Lumira Ventures, but they declined to contribute more, Mr. Souvaliotis said. The firms did not respond to requests for comment.

Mr. Souvaliotis, who previously managed and sold a similar loyalty rewards business called Green Rewards, said he was surprised by the lack of interest from the provinces and territories. “Like holy cow, this is not performing the way we all thought it would perform.”

From the archives: Ontario gives $1.5M to app that offers rewards points for healthy behaviour

Initially, Carrot and the federal government thought the provinces and territories would be keen to adopt a technology platform that could track and measure health campaigns, replacing costly, one-way television and online ads. But as the app rolled out in British Columbia, most provinces rejected the offer on the premise that a product developed in Ottawa would not necessarily be a good fit in a different region of Canada, Mr. Souvaliotis said.

In Newfoundland, adopting the app required some “pushing" since the province did not have a pool of funds readily available to support innovations, according to the former provincial minister of health, who managed the adoption of the program.

“This is not the kind of thing that traditionally a health department in a province would invest in,” Steve Kent said. “It required people to be willing to be innovative and take some risks.”

Then the health and wellness app received a boost from Canada’s most-populous province. The government of Ontario provided Carrot with $1.5-million in the summer of 2017 to launch the app as a pilot project in the province.

The funding was a boon for the small company of 40 employees. Ontario contributed to more than half of Carrot’s revenue in fiscal year 2018 and more than doubled its user base. But within a few months, Carrot had spent all of the funding from Ontario, and the Progressive Conservative government declined to renew it, Mr. Souvaliotis said. He and his team decided to continue operating the app out of pocket, at a cost of about $15,000 a day with the hope that the results would prompt more money from the province.

Carrot stopped funding points in Ontario in December, 2018, and offered a premium subscription to Ontarians who wanted to continue using the app.

"Providing ongoing funding to a private company to operate an app that can continue on its own is not a responsible use of taxpayer dollars,” Travis Kann, a spokesman for the Ontario Health Ministry, said in an e-mail Tuesday.

Carrot reached out to government departments on numerous occasions this year to request more funding and support, including the Privy Council Office and Immigration, Refugees and Citizenship Canada, according to lobbying records.

At the same time, partnership delays and cancellations further weighed on Carrot.

The app had secured a contract late last year with the public health agency in England, set to launch in the spring. Mr. Souvaliotis said that the government pushed the timeline to the fall, delaying potential revenue.

And in April, Aeroplan ended its partnership with the app after the program was acquired by Air Canada.

Mr. Souvaliotis said the government’s slowness to innovate and the politics inherent in Canada’s federalist system stunted the app’s growth, leaving the company with no option but to fold.

Carrot’s federal funding “was always intended to be a time-limited contribution to aid development of the app and test its proof of concept,” Eric Morrissette, a spokesperson for the Public Health Agency of Canada said in an e-mail Tuesday. “Since the launch of the app, we have noted that several other federal, provincial and municipal departments have explored opportunities and tested interventions using the Carrot Rewards app.”

Irfhan Rawji, the chairman of the board who is also an individual investor in Carrot and partner at Relay Ventures, said he knew working with numerous governments would pose challenges in navigating different policies and priorities.

“It’s disappointing that we couldn’t get people to move more quickly and that the sales cycle in government is even longer than typical B2B [business-to-business] cycle, which means it takes longer to get these startups off the ground. But I wasn’t surprised. It is upsetting though.”

While social ventures that focus on solving challenges around basic needs, such as food, shelter and wellness, tend to depend heavily on governments to take up the cause, companies should rethink their strategies if government is the sole client that would be willing to pay for the product, according to a fund manager focused on impact investing at MaRS Discovery District.

“I would challenge the social venture and ask if they really thought through this business model to see if the customer’s willingness to pay beyond the government was there," Kathryn Wortsman said. “If the social venture was looking to turn a profit where the government was the only payer, then I would suggest that it shouldn’t have been a financial return opportunity at all.”

Companies with a business model that depends on one type of client, especially when that client is government, will have a harder time scaling and attracting capital, according to a professor at the Rotman School of Management who specializes in social entrepreneurship.

“It sounds like they came up against some market forces that they weren’t prepared for,” Laura Doering said. “When your customer base is not at all diversified, the chance that your organization will fail because that customer’s preferences change is always going to be high."

Carrot enlisted Ernst & Young three months ago to manage the sale of the company, but the offer did not attract any interest, Mr. Souvaliotis said.

The company later lowered valuation expectations and extended the deadline by three weeks, opening the floor to any offer that a prospective buyer wanted to propose. Still, no one was interested, he said. 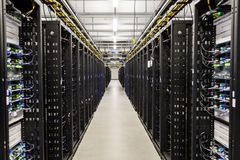